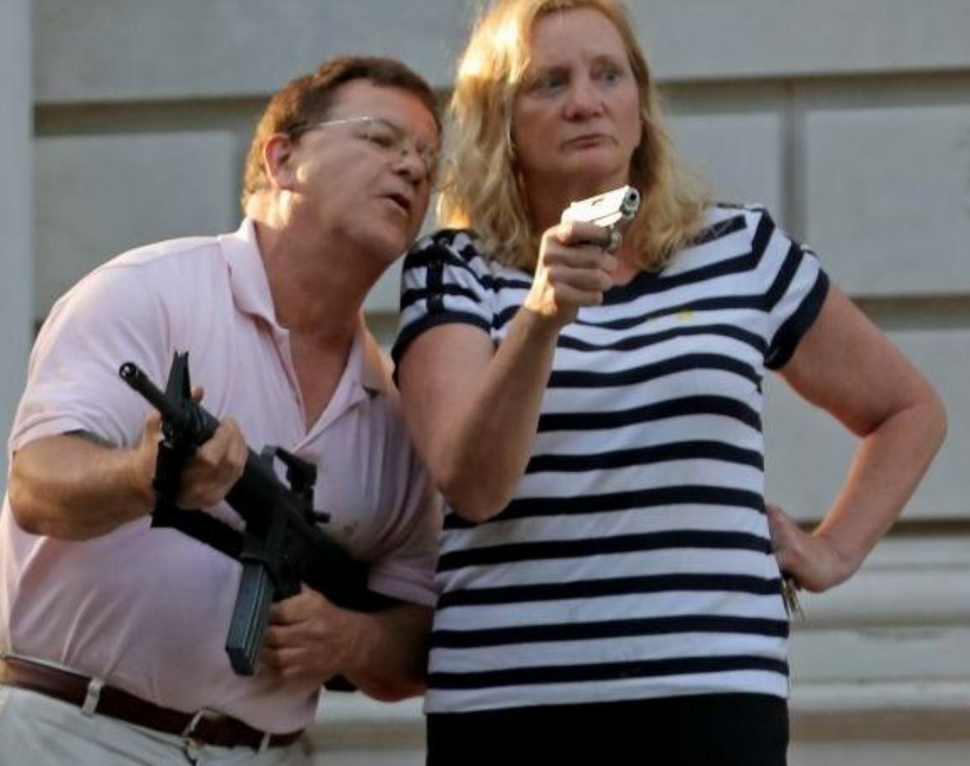 Mark and Patricia McCloskey, the St. Louis couple who pointed loaded guns, fingers on the trigger, at Black Lives Matter protesters who marched through their neighborhood, have been indicted by a grand jury for exhibiting firearms and tampering with evidence, The Associated Press reported.

The McCloskeys have in the past also come into conflict with a neighboring synagogue. In 2013, the couple destroyed beehives that the St. Louis’ Jewish Central Reform Congregation had placed on a shared wall with their property to create honey for Rosh Hashanah.

After the altercation with the protesters, the McCloskeys shot to prominence in conservative circles and were invited to virtually address the Republican National Convention.

“What you saw happen to us could just as easily happen to you who are watching from quiet neighborhoods around our country,” Patricia McCloskey said to the convention. “It seems the Democrats view the job of the government as protecting criminals from honest citizens,”

When it became known that the McCloskeys would be speaking at the RNC, the synagogues rabbi, Rabbi Susan Talve spoke out to the Forward in an interview read over a million times.

Nine protesters were also given summons for trespassing on the McCloskey’s property, but the city councilor dropped the charges.

Joel Schwartz, the McCloskeys lawyer, told NPR that he is baffled with the charges and believes they are protected under the second amendment.