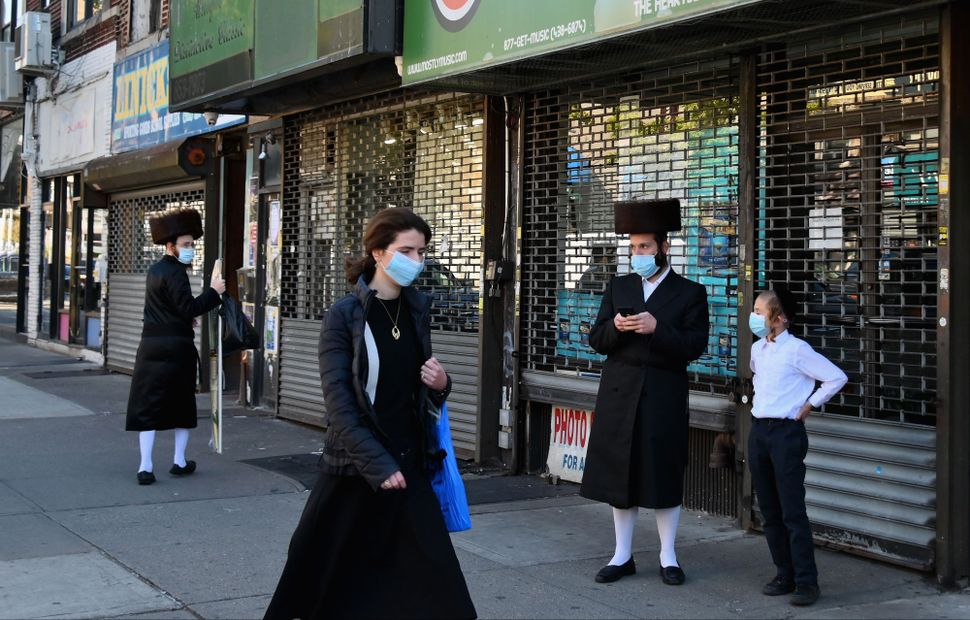 Hasidic Jews walk past closed stores in the Borough Park section of Brooklyn on October 9, 2020. Image by Getty

The city said that it handed out $150,000 total in fines in designated “red” zones over the weekend for violations of new executive orders by New York Gov. Andrew Cuomo, which went into effect Friday.

Cuomo promised an enforcement blitz in red zones throughout the New York City area, saying that he would rely on hundreds of city employees to enforce the new state laws, as well as existing state laws on mask wearing, gatherings and social distancing.

The Post said it was not clear whether the fines handed out were part of Cuomo’s enforcement initiative.

Over the weekend, during the last two days of the High Holidays, Hasidic Jews in red zone areas largely went ahead with prayer gatherings, though in a much quieter fashion than in a typical year.