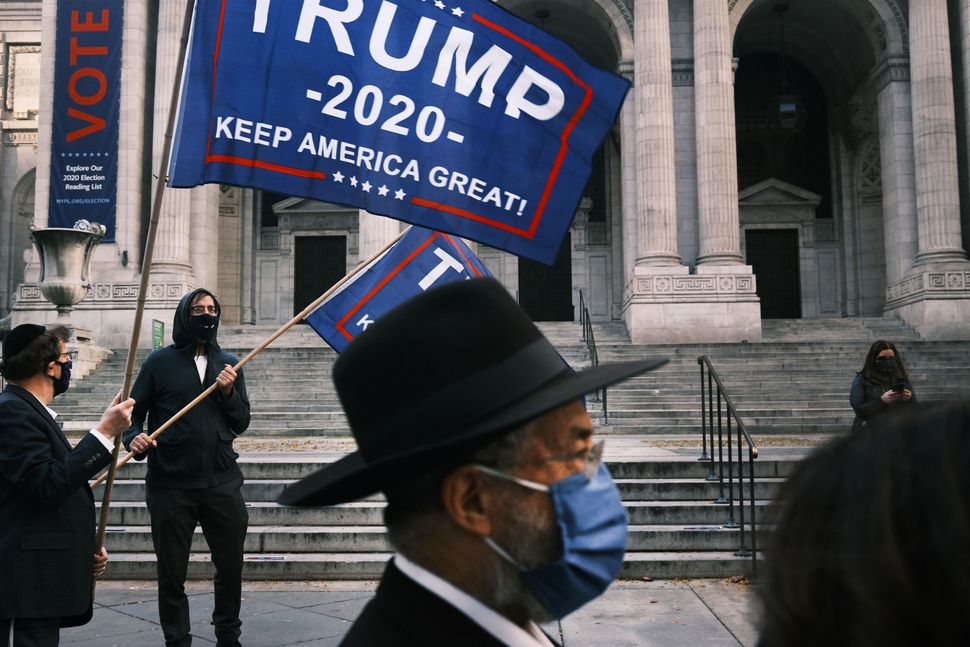 The Ami poll, which was conducted over the past month by an unnamed firm, also found low support among Orthodox Jews for public health restrictions due to COVID-19.

A majority of Orthodox respondents, 58%, believe that government health regulations are excessive or unnecessary, or that the virus poses no threat at all. Only 32% said that the threat is real and that government guidelines, should be followed, and only 18% of Haredi, also known as ultra-Orthodox, respondents. National polls have found that a majority of Americans are in favor of rules mandating wearing masks in public.

According to a recent survey by the Pew Research Center, only 27% of American Jews plan to vote for Trump, as opposed to 70% for Biden. Those numbers are statistically equivalent to the 71% of Jews who voted for Hillary Clinton over Trump in 2016, according to Pew.

The Ami poll places Orthodox support for Trump at a higher level than any other other religious group in the United States. The Pew survey found that the highest level of support for Trump came from Evangelical Christians, with 78% saying they planned to vote for the president. Pew did not report a result for Orthodox Jews.