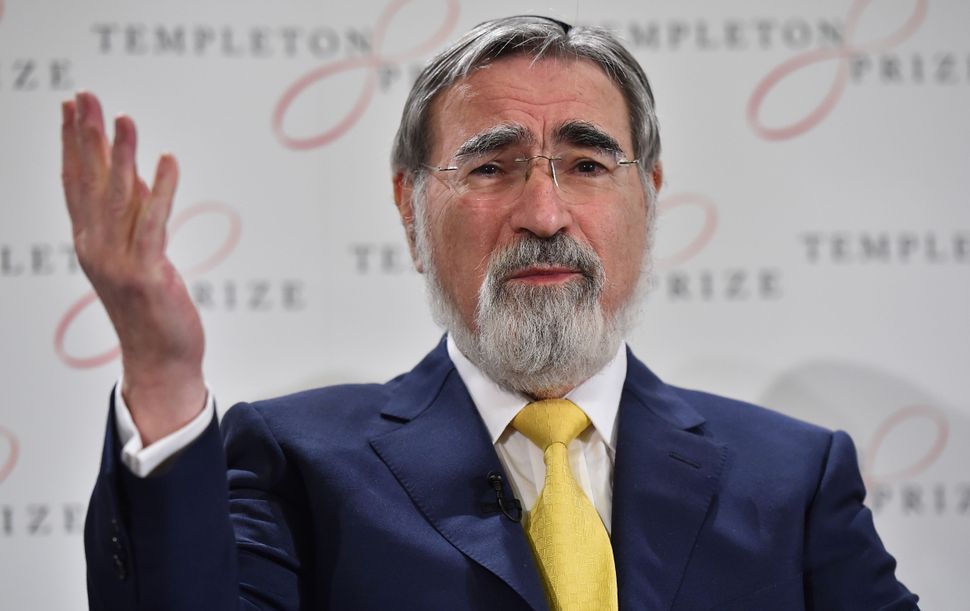 (JTA) — Former British Chief Rabbi Jonathan Sacks announced he has been diagnosed with cancer and is undergoing treatment.

In a statement posted to his Twitter feed Thursday afternoon, Sacks’ office said he had been “recently diagnosed” with an unspecified cancer and hoped to return to work “as soon as possible.”

“He remains positive and upbeat and will now spend a period of time focused on the treatment he is receiving from his excellent medical team,” the statement said. “He is looking forward to returning to his work as soon as possible.”

Attached is a statement from the Office of Rabbi Sacks. A text version can be read on the thread below. pic.twitter.com/cNUYKDDdQr

Sacks, 72, has been treated for cancer twice before, in his 30s and again in his 50s, a fact that wasn’t widely known until it was disclosed in a 2012 book.

Sacks served as chief rabbi of the British Commonwealth from 1991 until 2013 and is among the most prominent expositors of Orthodox Judaism in the world, having authored dozens of books addressing contemporary spiritual and moral issues. A translation and commentary on a Jewish prayer book that he wrote has become enormously popular worldwide. His most recent book, “Morality: Restoring the Common Good in Divided Times,” came out last month.