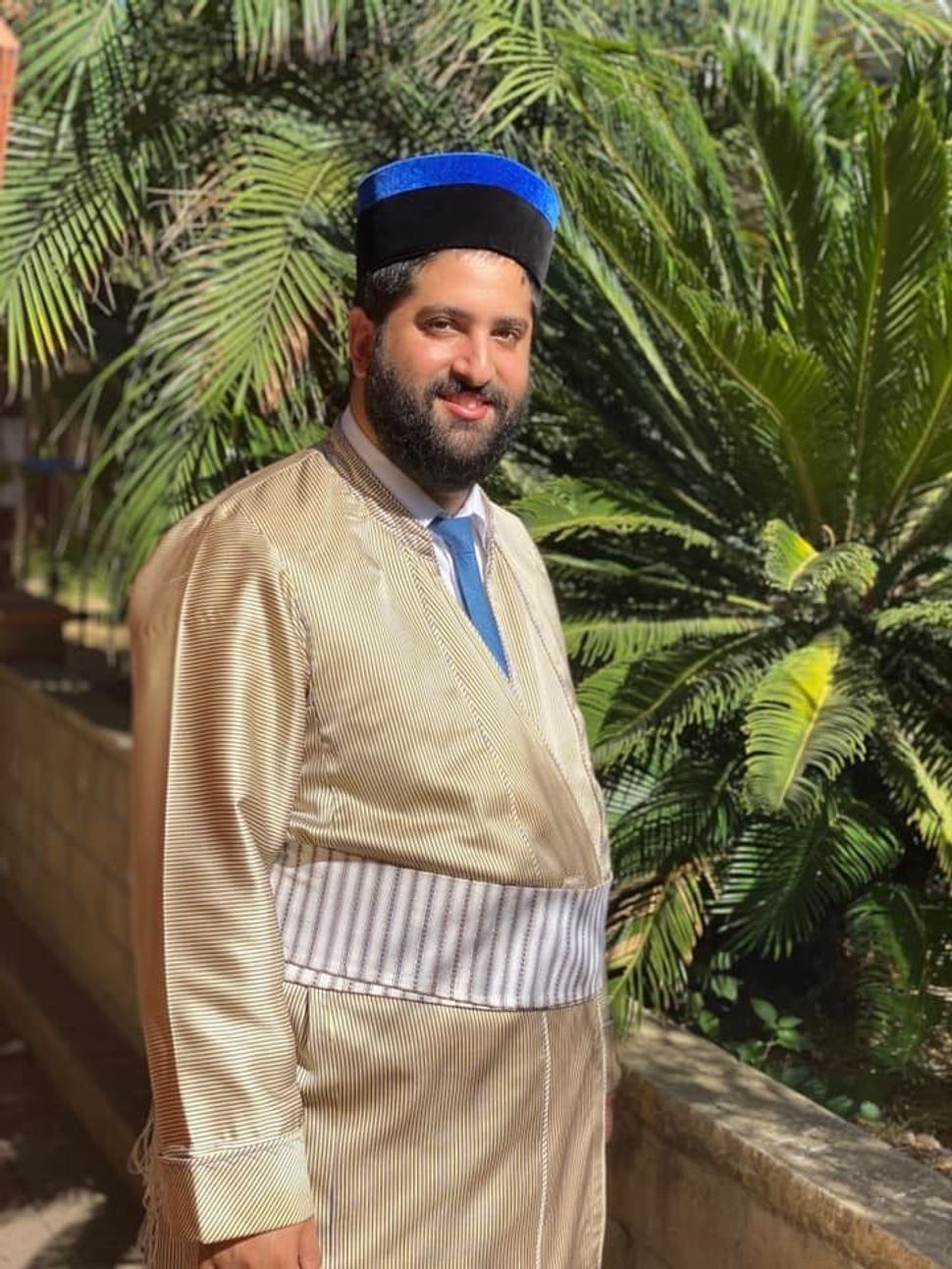 A 14-year-old who had allegedly harassed and assaulted a California rabbi was arrested and charged with a hate crime on Friday, the same day, more than 100 people rallied outside the synagogue bearing signs in support of the rabbi and his community.

Hundreds of people holding signs of solidarity to the Jewish community in University City, after a boy, 14, was arrested for assaulting a Rabbi last week. @CBS8 pic.twitter.com/fKZNQohjzG

Rabbi Yonatan Halevy, 31, was walking with his father to Kehilat Shaar HaShamayim, the Sephardic synagogue he leads, when a teenage boy passed them on a bicycle, before circling back to punch his father on top of the head and shout something about “white power,” according to the San Diego Union Tribune.

After the alleged assault, Halevy said a group of teens including the alleged assailant had already broken the windows of cars belonging to the community before the Oct. 10 punching he reported to the police. Police have not released the arrested teen’s name as he is a minor.

“We don’t want to be dismissive and say it was just kids,” Tammy Gillies, regional director of the San Diego chapter of the ADL said. “We have to take hate and any hate incident very seriously.”

After the attack, Halevy called the police, but said it took them nearly an hour to arrive and they provided little help until, with the help of local media, he managed to elevate the complaint to the head of the department’s Northern Division, Capt. Matt Novak.

“Going forward, we will be having discussions and possibly training with officers to help them better understand and better respond to incidents like these,” said Novak.