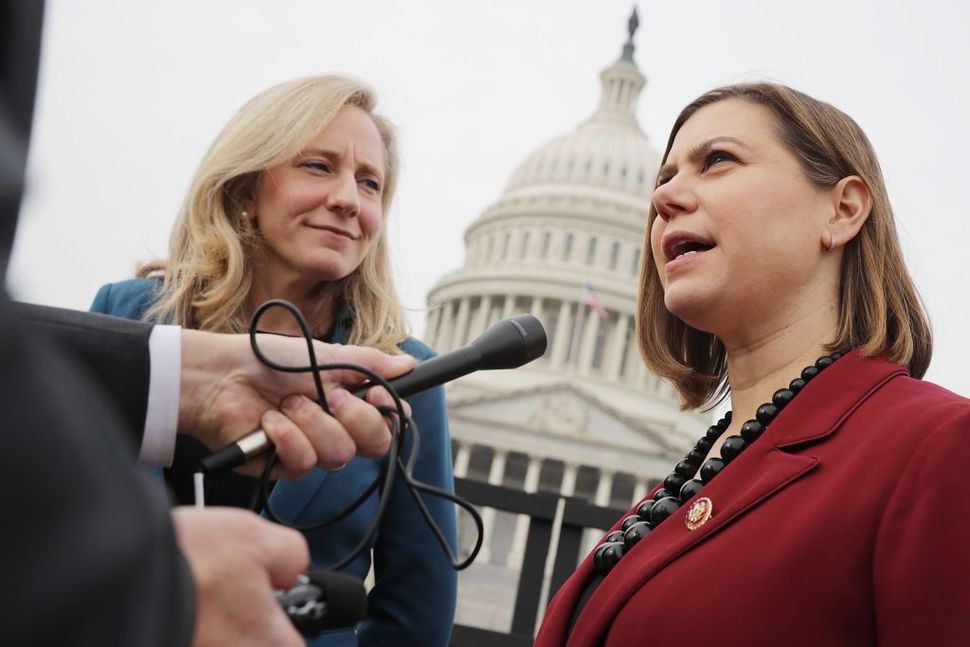 Rep. Elissa Slotkin, a Michigan Democrat, reported receiving a voicemail with violent threats at her campaign headquarters over the weekend.

“This week, a caller left a voicemail at my campaign headquarters using threatening, sexually explicit, and violent language, including a threat to ‘shoot my way to victory,’” Slotkin said in a statement.

Law enforcement determined “the individual was unlikely to pose an actual threat,” the statement said.

Slotkin spokesman Gordon Trowbridge told The Forward that the message contained no antisemitic content and that authorities did not believe Slotkin’s religion was a motive for the caller, who they identified as a Michigan minor.

Michigan’s tense political climate was recently in the news after the FBI arrested 13 suspects accused of participating in a conspiracy to kidnap Democratic Governor Gretchen Whitmer.

Slotkin is locked in a competitive reelection battle with Republican Paul Junge. Slotkin, who is Jewish and a former CIA analyst, was elected in 2018. She defeated the Republican incumbent in a district that President Donald Trump won by 7 points but Sabato’s Crystal Ball currently rates the seat as “Likely Democratic.”

Slotkin said that the voicemail was not the first threatening message her campaign has received.

“I am making this threat public because the climate has gotten significantly worse in the last few weeks,” Slotkin said. “I also want to make clear that law enforcement will be involved in each and every threat we receive. We cannot let it be normal that political differences are metered out with threats of violence.”