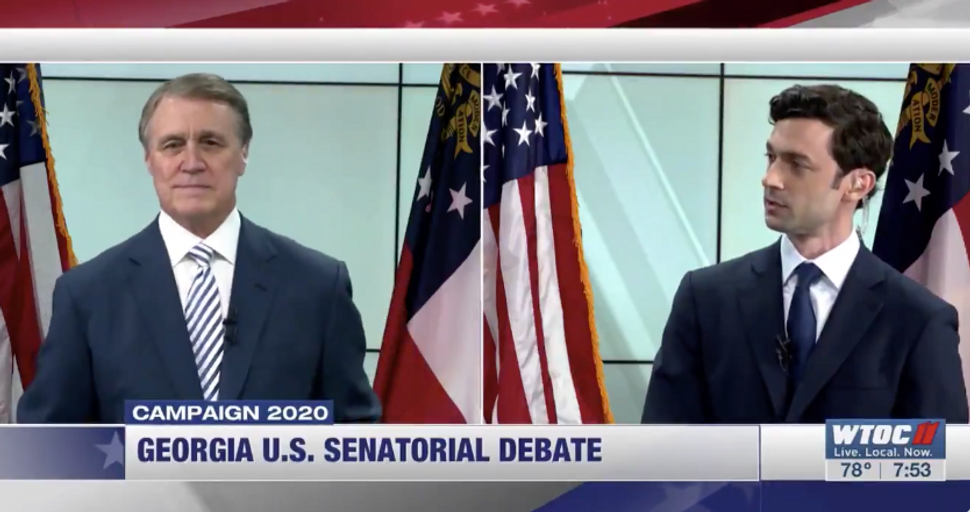 Jon Ossoff, the Democratic candidate for U.S. Senate in Georgia, went viral on Thursday with a video of him dressing down his opponent, incumbent Sen. David Perdue, during their debate the prior evening.

“Well, perhaps Senator Perdue would have been able to better respond to the COVID-19 pandemic, if you hadn’t been fending off multiple investigations for insider trading,” Ossoff said in the clip, which has been viewed tens of thousands of times on social media.

“It’s not just that you’re a crook, Senator,” Ossoff continued. “It’s that you’re attacking the health of the people you represent.”

Ossoff castigated Perdue for voting to end insurance protections for people with preexisting conditions, and for downplaying the coronavirus pandemic.

Seriously, this is the most West Wing moment I’ve ever seen in real life. Just brutal. pic.twitter.com/C2LeZefbZl

During the debate, Perdue went on the offensive as well, accusing Ossoff of championing a “radical socialist agenda.”

The two have been in a heated race for months.

In July, the Perdue campaign ran an ad featuring an image of Ossoff, who is Jewish, that made his nose appear bigger than it is. The Perdue campaign said the enlargement of the nose was accidental, and was created by an outside graphic designer.

The race is tight going into the final days of the campaign, with FiveThirtyEight deeming it a toss-up that leans Republican. The Cook Political Report also considers the race a toss-up.