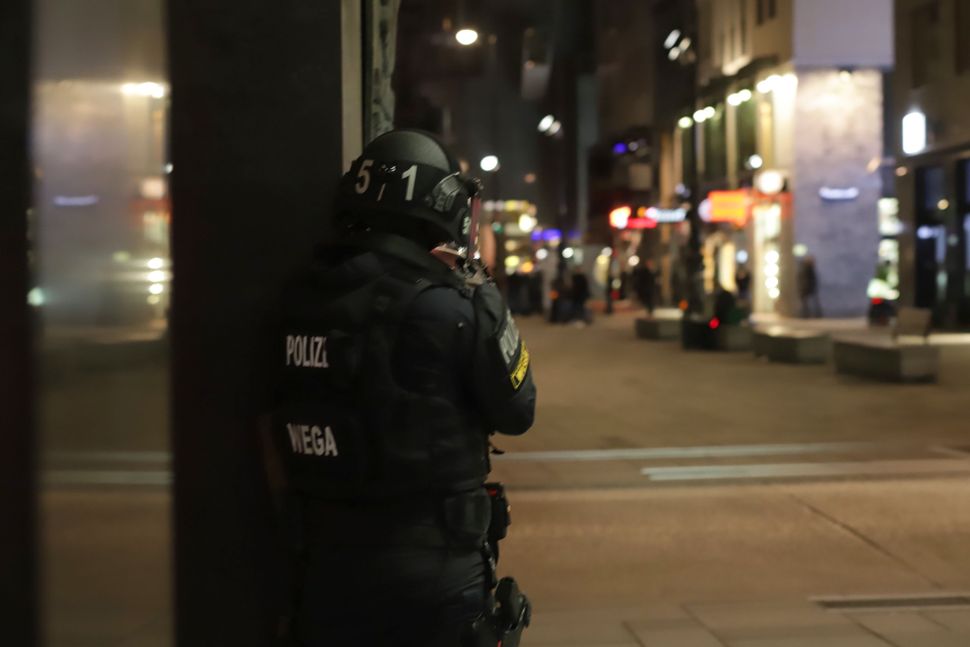 An Austrian policeman in Vienna on November 2, 2020 after multiple gunshots were fired; media reported that there had been an attack close to a synagogue. Image by ALEX HALADA/Getty Images

This is an evolving story and will be updated as we receive further news. 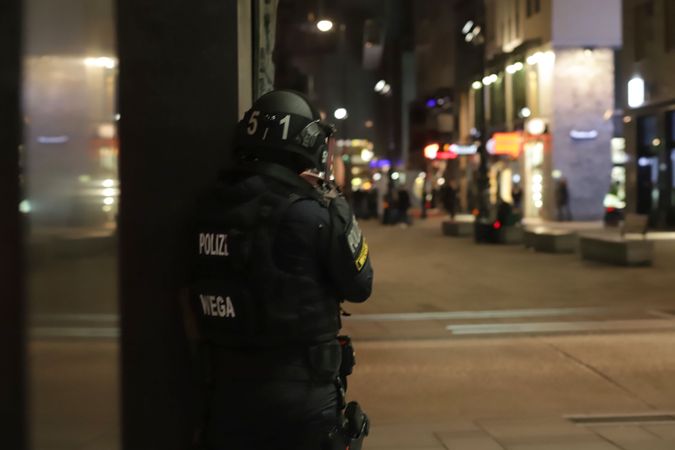 An Austrian policeman in Vienna on November 2, 2020 after multiple gunshots were fired; media reported that there had been an attack close to a synagogue. Image by ALEX HALADA/Getty Images

A fatality has been confirmed in a shooting near Vienna, Austria’s Seitenstettengasse synagogue, the Jewish community’s main temple in the city.

Vienna’s police force confirmed on Twitter that one person had been killed in the attack, and that the police had killed one of the attackers. They also wrote that while the attack began near the synagogue, it had included shots fired at six locations. A police officer was among those injured.

While the exact number of casualties is not yet known, the local hospital association said that a minimum of 15 people had been injured, reported The New York Times.

Details of the event are still emerging. Oskar Deutsch, the head of the city’s Jewish community, wrote in a tweet that the synagogue was closed by the time the shooting began, per The Associated Press. While the synagogue is on the street where the shooting occurred, Deutsch said, it was not yet clear whether it was a direct target of the attack.

AP reported that Austrian Interior Minister Karl Nehammer said that one of the attackers had been killed. Another was in custody, The Times reported.

Multiple witnesses say shots were fired near the synagogue beginning around 8 pm, reported ORF, Austria’s public broadcast service. Nehammer confirmed to ORF that the Interior Ministry is currently treating the incident as a terrorist attack.