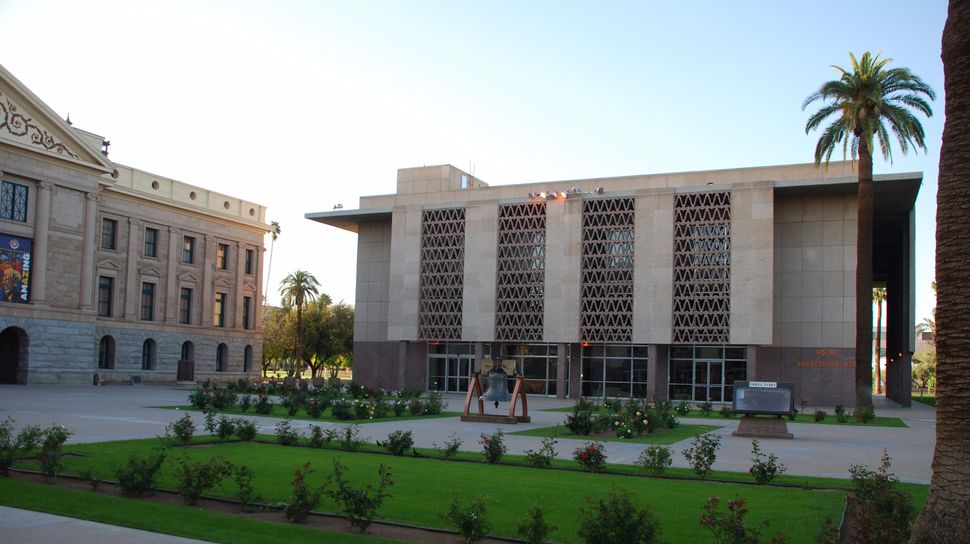 For the first time since 1990, Democrats have a real chance of taking over the state house in Arizona, and several Jewish candidates are leading the charge.

The state has long been a Republican stronghold, but demographic changes are starting to be felt in politics: the Latino population is growing and there’s also been an influx of northern liberals.

If Democrats manage to gain two seats in the 60-member House and three in the 30-member Senate, they will have a majority. To that end, the party has channeled $10 million in funding to the 8 tightest races, according to The Associated Press.

One of those Jewish Democrats is Judy Schwiebert, a Phoenix-born schoolteacher who has made education reform the center of her campaign for the House of Representatives seat in Arizona’s 20th electoral district.

I’m truly honored to receive the endorsement of Mayor Pete Buttigieg and his Win the Era PAC, which seeks out candidates who model truth, substance, discipline, and joy – people in it for the right reasons, exhibiting empathy and support. pic.twitter.com/ImZOmIRuij

Seth Blattman is running for the state Senate in Arizona’s ninth district, which covers Scottsdale.

New-York born, Blattman has lived in Arizona since he was 10 years old. His Jewish identity came front and center in his campaign last week, when his campaign signs were vandalized with swastikas, and the word “killer” scrawled across his photo.

My face is on the sign but I understand this is an attack on more than just myself. With that in mind I have a responsibility. The incident has been reported to the Anti-Defamation League, the Phoenix Holocaust Association, and tomorrow we will be contacting the Scottsdale Police pic.twitter.com/ZuZOpWdG5r

“It is our responsibility to shine a light on anti-Semitism and prejudice wherever it rears its ugly head.” he said in a tweet.

Like Schwiebert, Blattman has focused his campaign on education; he has also targeted loopholes in campaign finance reform.