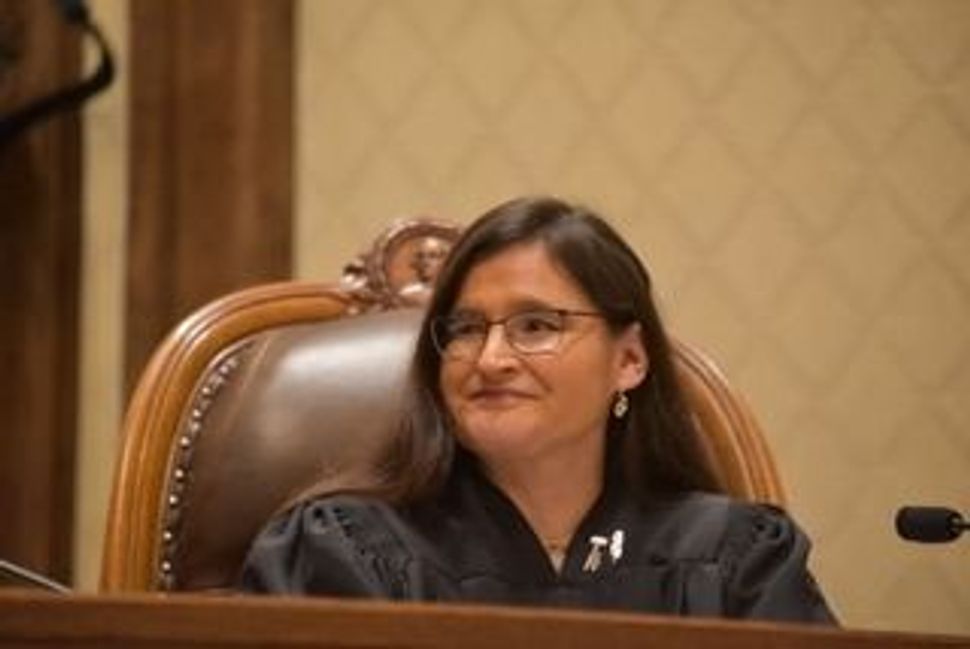 Raquel Montoya-Lewis, the first Native American woman to sit on Washington State’s Supreme Court, and only the second to sit on any supreme court in the country, has won her reelection campaign, according to the Spokesman Review.

Montoya-Lewis first won that title in January, when she was nominated by Gov. Jay Inslee to fill the vacancy left by Justice Mary Fairhurst, who retired after a cancer diagnosis.

Unlike those serving on the federal Supreme Court, Supreme Court justices in Washington are elected, and Montoya-Lewis had to run to keep her seat. Now, it seems she’ll remain on the bench for another Six-year term.

She defeated her opponent, Dave Larson, by 20 points.

Montoya-Lewis, who was born in Spain, is a descendant of the Pueblo de Laguna tribe on her father’s side and a member of the Pueblo of Isleta in New Mexico. Pueblos are federally-recognized Native American communities in the American Southwest.

Montoya-Lewis’s mother is an Australian-born Jew and a descendant of Holocaust survivors.

“On both sides of my family, governments, other entities, really sought to wipe us out,” she told Kveller in an interview earlier this year. “My father really instilled in me the importance of recognizing that I came from people who persisted, people who were lucky enough to survive, and that my existence is dependent upon those people’s persistence and resilience.”

Rare for a state Supreme Court justice, or any state or federal judge, Montoya-Lewis Began her career in the tribal court system. She worked in multiple tribal courts, including those of the Lummi Nation and the Nooksack tribe, both in the Pacific Northwest.

At her swearing in ceremony in January, Montoya-Lewis had a rabbi conduct the benediction.

Honored to have offered the benediction today at this historic ceremony. The yarmulked head in the front row is mine. https://t.co/dLVatVHxRr