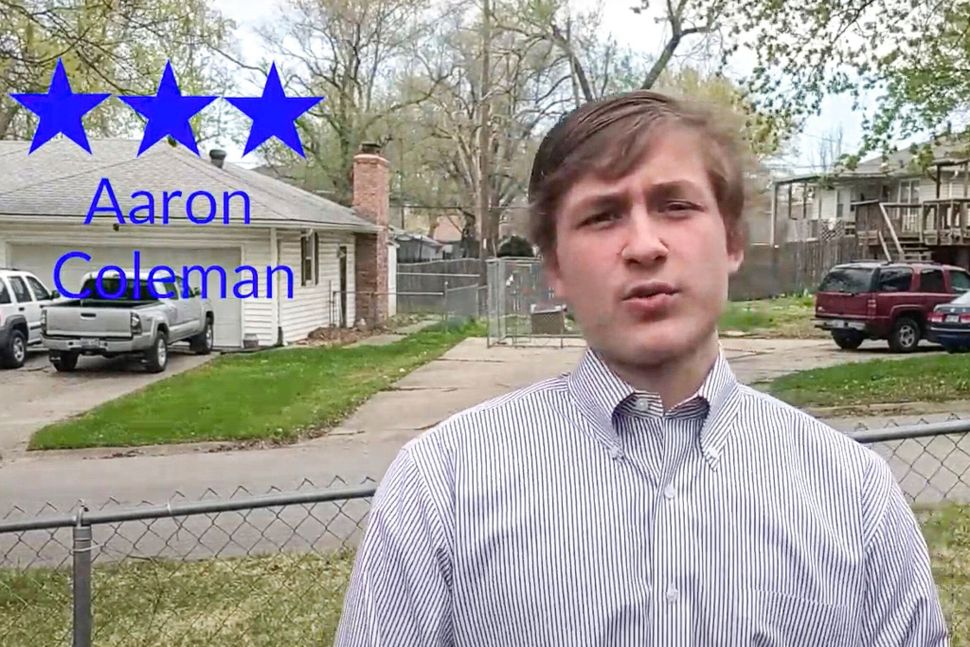 When he takes office, Coleman will be one of the youngest representatives to sit in any state legislature. He defeated seven-term incumbent Stan Frownfelter in the primary, shortly before his 20th birthday.

Several women have come forward over the course of Coleman’s campaign with stories of stalking, harassment and blackmail.

He initially claimed that the incident was behind him, and that he had changed. Shortly afterwards, other women came forward alleging abusive behaviors that continued into high school.

At 14, he was arrested and charged for threatening to shoot a teenage girl.

Another woman, Coleman’s ex-girlfriend, has accused him of assaulting her in 2019. she said that he choked and slapped her when she made a joke about breaking up with him.

Despite those revelations, Coleman refused to drop out, and no challenger arose.

In New York, another Jewish candidate with a documented history of misogyny badly lost his bid for a seat in the U.S. House.

Josh Eisen, who first ran as a Republican and later an independent to represent New York’s 17th district, was twice sanctioned by judges in the past 10 years for harassing his legal opponents and their families, often in a sexual manner.

In one case, Eisen described the anatomy and sexual appetite of an opposing lawyer’s daughter. In another, he made a crude remark at his opponent’s wife that referenced Josef Mengele, the Nazi doctor who conducted brutal experiments on people imprisoned at Auschwitz. Eisen’s campaign website says he is the son of a survivor of Auschwitz.

Mondaire Jones, a Democrat, won the seat, and will become the first Black gay man in Congress. Eisen received 3% of the vote.