Dov Hikind releases a book that trolls Gov. Andrew Cuomo’s book on leadership during the pandemic 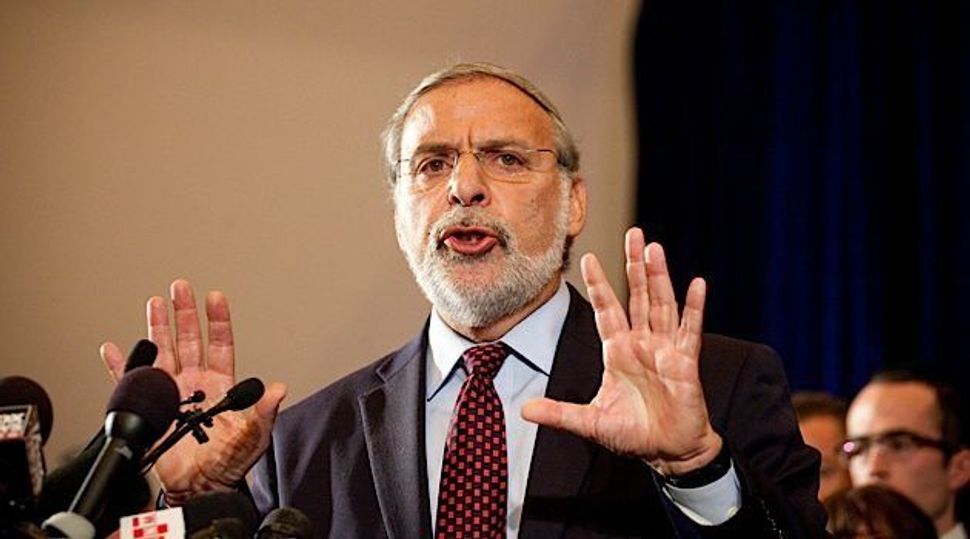 (JTA) — The names of the books are nearly identical — but the contents differ greatly.

“American Crisis: Lessons in Leadership From The COVID-19 Pandemic” contains 320 pages of New York Gov. Andrew Cuomo’s reflections on leading New York through the worst of the coronavirus in the spring.

Hikind’s book debuted just a month after Cuomo’s and is meant to mock the governor’s volume.

In recent months Hikind, a longtime conservative Democrat who endorsed Donald Trump for president, has taken to calling the governor “King Cuomo” — a reference to measures taken by Cuomo to slow the spread of the coronavirus that Hikind interprets as authoritarian. (The new book adds Covidius to the moniker.) Hikind has accused Cuomo of picking on Orthodox Jewish neighborhoods in Brooklyn, like Borough Park, which he represented for over 30 years, and enforcing greater pandemic restrictions there.

The description of the book, which is being sold for $19.99 with proceeds benefitting Hikind’s organization, Americans Against Antisemitism, says as much.

“After reading this masterpiece you’ll have sharpened your skills in these key areas: intimidation, loving the sound of your own voice, meandering, using your hand gestures to match your facial expressions, and most importantly how to be a vengeful mobster prick especially when it concerns Jews,” the description reads.

Hikind launched the book with a video of himself lying on a couch reading it.

“When all else fails, blame the Jews … let me write that down, that’s an important one,” Hikind says in the video.

Dov Hikind releases a book that trolls Gov. Andrew Cuomo’s book on leadership during the pandemic