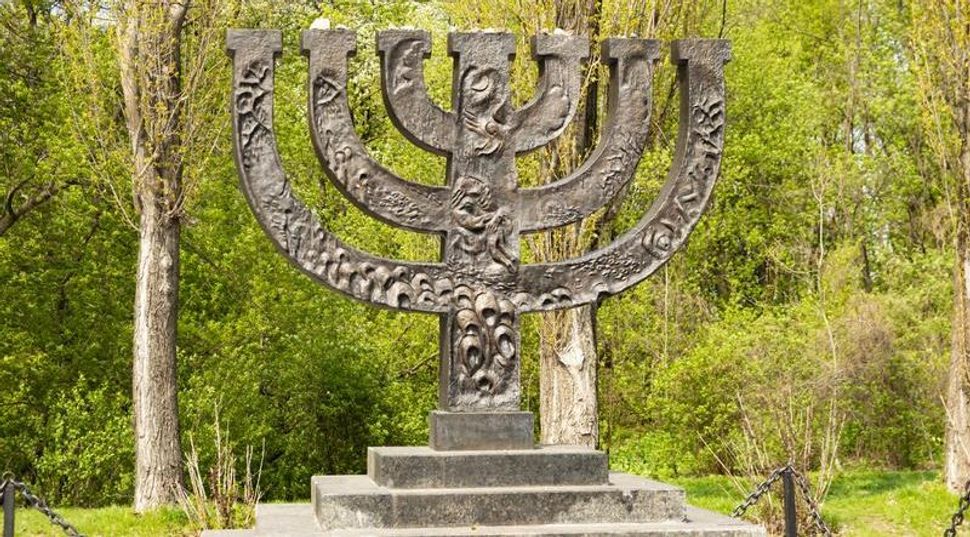 (JTA) — A new synagogue is planned to open in Babyn Yar, the park in the Ukrainian capital of Kyiv commemorating a ravine where the Nazis and their collaborators murdered more than 30,000 Jews.

The new synagogue will open in 2021, the state news agency Ukrinform reported last week, ahead of the 80th anniversary of the killings in September.

It is “our duty to care for people who visit Babyn Yar and need to honor their memory and pray for the death of their loved ones and all those who died in the terrible tragedy of the Holocaust,” Moshe Reuven Azman, a chief rabbi of Ukraine, said in a statement.

According to the report, Ukraine’s other Orthodox chief rabbi, Yaakov Dov Bleich, is on board as well with the synagogue plan. The Babyn Yar Holocaust Memorial Center, an organization established in 2016 to build a Holocaust museum in Kyiv, is leading and fundraising for a project expected to cost millions of dollars.

Three cornerstones have been placed on the grounds with great pomp over the past 20 years for Jewish commemorative projects that never materialized. The plan to erect a museum there will not materialize before 2024.