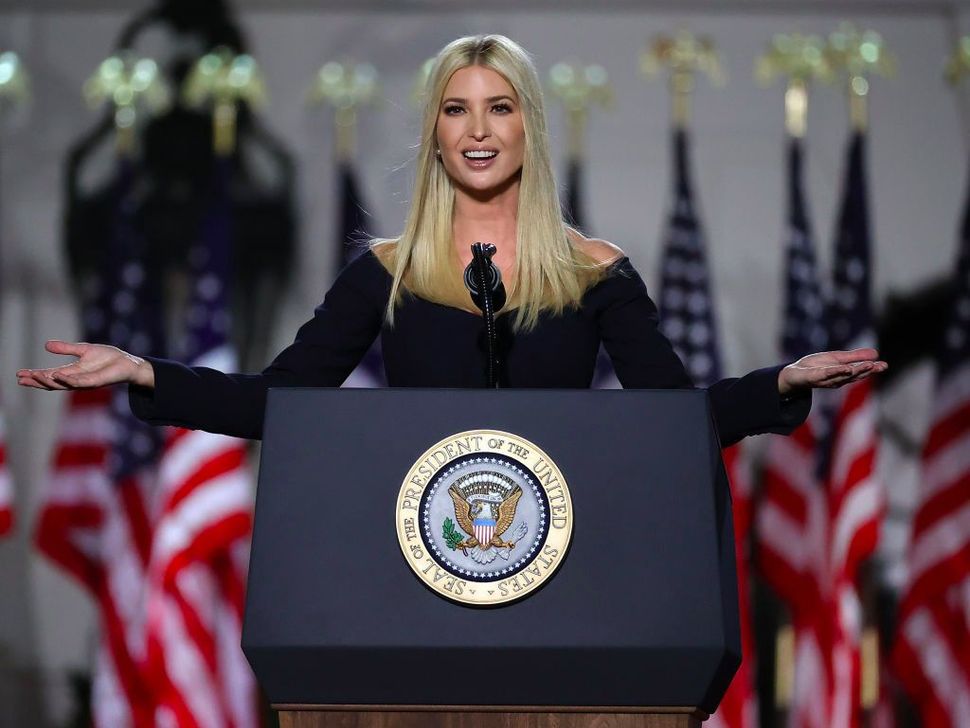 Ivanka Trump speaking at the Republican National Convention in August. Image by Getty

Ivanka Trump invited her 10 million Twitter followers to follow her to Parler, an app that’s been billed as an alternative to Twitter by right-wing figures who feel they are being censored on mainstream social media.

“Parler has attracted a range of right-wing extremists,” according to an ADL primer on the network. “White supremacists openly promote their ideologies on the site, while Holocaust denial, antisemitism, racism and other forms of bigotry are also easy to find.”

The app’s membership has soared by some 2 million users, post-election.

Site founder John Matze describes it as a champion of free-speech and said that he won’t impose any moderation beyond the Federal Communications Commission’s own standards.