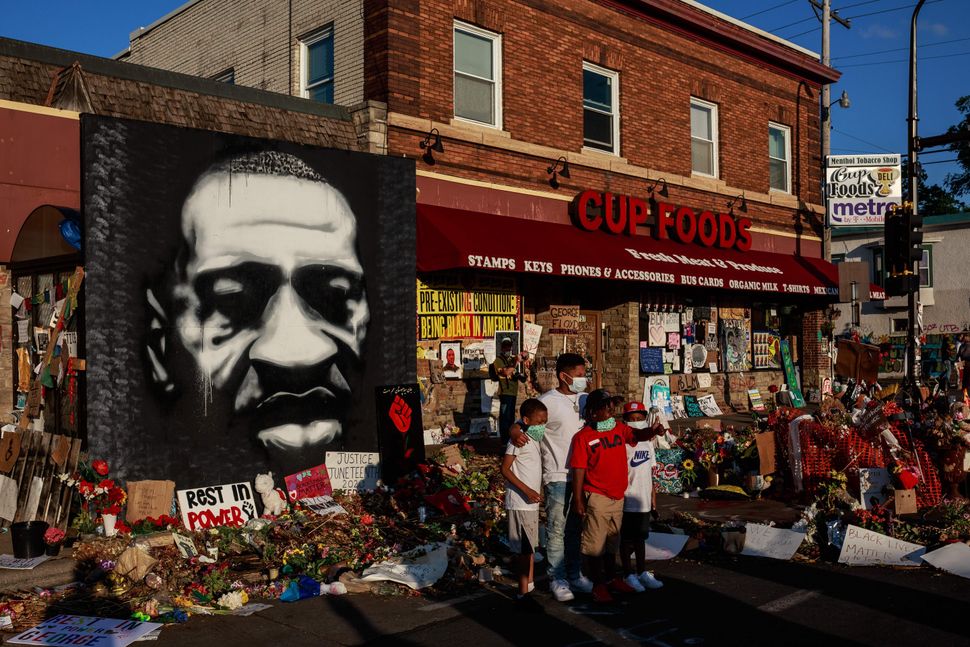 A Florida Holocaust museum that also explores modern social problems as part of its mission is attracting criticism for a new exhibit inspired by the police killing of George Floyd, and the unrest that followed.

The Holocaust Memorial and Education Resource Center of Florida’s Uprooting Prejudice: Faces of Change Exhibit, features portraits taken by a Chicago photographer, John Noltner, on the site of his death of Floyd’s killing, in the aftermath of his death.

Along with the black and white pictures, each portrait includes a quote about prejudice and bigotry from those Noltner photographed. However, there are no photographs of Floyd himself.

The state of Florida has more Holocaust survivors than anywhere except Israel.

Some have said a Holocaust museum is not the proper place for such an exhibit, in part because they believe it creates a comparison between the police who killed Floyd and the Nazis.

Unbelievable: the Holocaust Museum in Maitland, Florida has added a George Floyd section

George Floyd is added to a Holocaust museum? That trivializes and distorts the Holocaust and its six million Jewish victims. And it grotesquely implies that American police are Nazis. pic.twitter.com/zNsG0bqyEe

However, according to the museum’s website, its founder, Holocaust survivor Tess Wise, designed it both as a memorial to the Nazi genocide of Jews and as a vehicle to look at current events, from genocides in Rwanda and Darfur to the human rights crisis in Syria and “the long list of ‘phobias’ and ‘isms.’”

“She believed that the lessons of the Holocaust provided a lens through which we could understand contemporary social and human rights issues,” says the site.

Clarification, Nov. 25, 11:43 p.m.: While the exhibit was inspired by the events around the death of George Floyd it did not include pictures of him or the protests which followed, rather it featured portraits of visitors to a memorial at the site of his death.