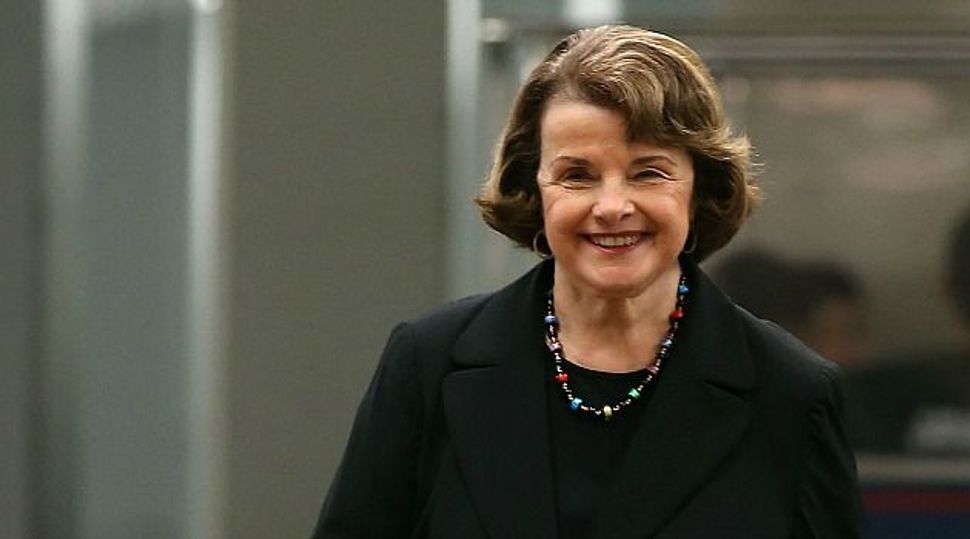 Security Voice: Diane Feinstein has been one of the strongest voices defending the surreptitious collection of communications information. Not all her colleagues agree. Image by getty images

(JTA) — Dianne Feinstein, the veteran Jewish senator from California, plans to step down from her role as the top Democrat on the powerful Judiciary Committee.

“California is a huge state confronting two existential threats — wildfire and drought — that are only getting worse with climate change. In the next Congress, I plan to increase my attention on those two crucial issues,” Feinstein, 87, said in a statement reported by the Los Angeles Times on Tuesday. “I also believe that defeating COVID-19, combating climate change and protecting access to health care are critical national priorities that require even more concentration.”

Feinstein, for years an influential Democrat, particularly in the national security sphere, would not seek a top position on any committee, the newspaper said.

The 87-year-old lawmaker had come under fire from other Democrats for her friendly questioning of Amy Coney Barrett during the Supreme Court nominee’s confirmation hearings last month. Feinstein opposed the nomination because President Donald Trump and Senate Majority Leader Mitch McConnell, R-Ky., rushed the conservative Barrett through trying to replace Ruth Bader Ginsburg, the Jewish justice and liberal icon who died in September, ahead of the presidential election.

With two Senate races in Georgia yet to be decided, Democrats have a shot at taking the Senate, which would mean Feinstein is giving up her chance to again chair a committee. Feinstein chaired the Intelligence Committee the last time Democrats were in the majority, until 2015.