Kyle Rittenhouse wore a shirt with a coffee company’s name on it. Now its Jewish owner is being harassed by antisemites. 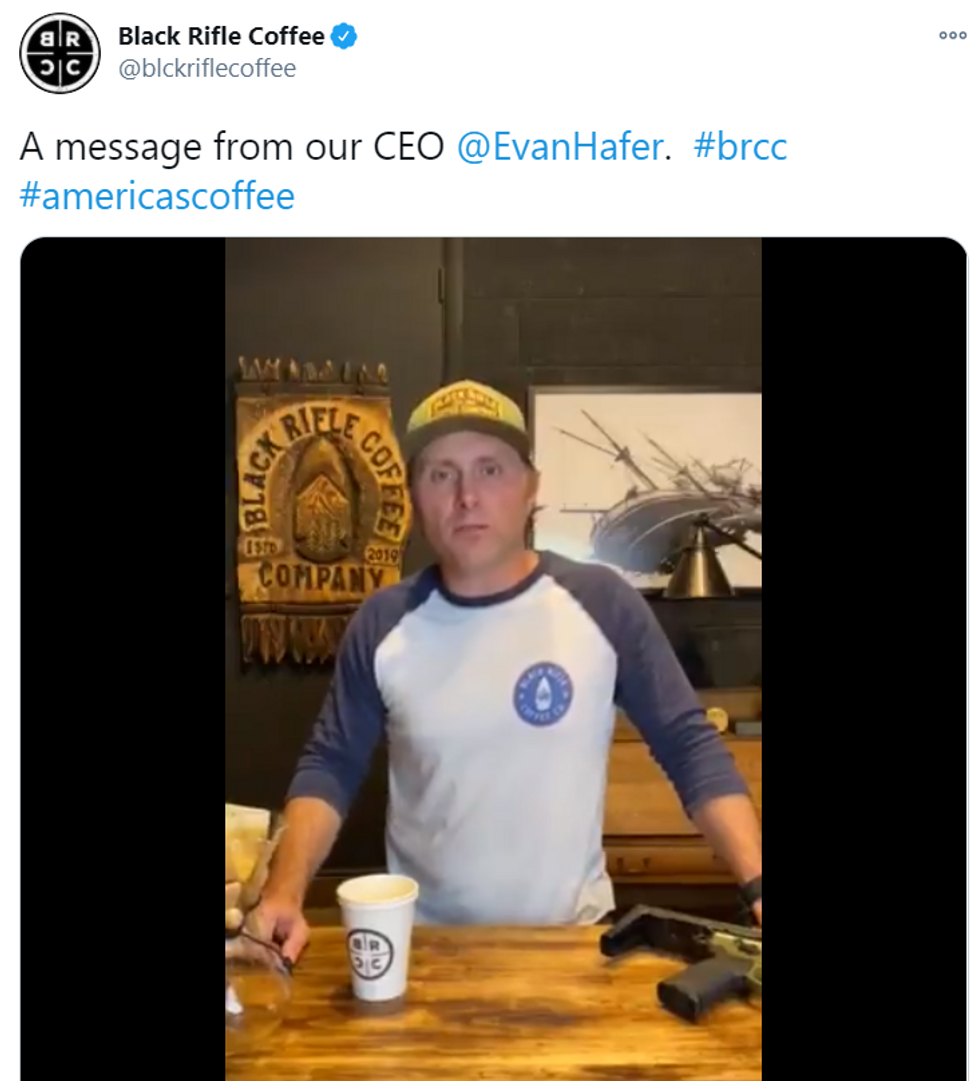 Antisemites are attacking the Jewish owners of Black Rifle Coffee Co. online after they publicly distanced themselves from 17-year-old Kenosha shooter Kyle Rittenhouse, who was pictured wearing their merchandise in a now-deleted tweet by a reporter from the right-wing news outlet Blaze Media, Elijah Schaefer.

The tweet displayed a photo of Rittenhouse with the caption “Kyle Rittenhouse drinks the best coffee in America” and a promotional code to Black Rifle Coffee.

After the tweet, Black Rifle Coffee Co. quickly came under fire from Twitter users on the left who thought that the company had sponsored Rittenhouse.

So Black Rifle Coffee are Nazi and murder sympathizers? Who could have guessed that a coffee company named after a gun would be so extreme? https://t.co/lrIQiUNUHg

The veteran owned and operated coffee maker has been endorsed by Donald Trump Jr. and markets itself as an openly pro-second amendment and pro-law enforcement company. It offers a special “thin blue line” series roast and has named many of its other products after weapons. The company also runs a lifestyle site that features content on the intersection of coffee, the military and veterans affairs.

However, though the company does have a marketing contract with Blaze Media, it clarified that it did not approve of the tweet, has no relationship with Rittenhouse and asked that the tweet be removed.

We did not sponsor nor do we have a relationship with the 17-year-old facing charges in Kenosha, WI.https://t.co/gNfWaOUqoT

The founders of that company are jews. Everything you need to know is in the previous sentence

A lot of people are battling online over @blckriflecoffee and whether or not they actually support Kyle Rittenhouse. People on both sides are protesting the coffee company over this issue.

I’m protesting them because I found out the owner is a Jew. It’s that simple.

“I thought that the Right would say ‘Oh dude, we get that, ok, cool,” Hafer later said in a phone appearance on Dana Loesch’s program on Blaze TV. “I was fundamentally mistaken, very mistaken.”

During his appearance on Loesch’s show, Hafer ultimately said that from his knowledge of the events in Kenosha, he believes Rittenhouse to be innocent.

Rittenhouse was released from jail on November 20 on a $2 million bail that was raised by his supporters as he awaits trial for the murders of Joseph Rosenbaum and Anthony Huber. Rittenhouse shot and killed the two men after he crossed state lines with an AR-15 rifle, claiming that he was going to protect local businesses from rioting protesters during Black Lives Matter protests after the police shooting of Jacob Blake.

Rittenhouse’s attorney contends that he opened fire on Rosenbaum and Huber in self defense.

Nov. 26 4:11 p.m. A previous version of this article stated that Kyle Rittenhouse wanted to protect local businesses from violent protests after the police killing of Jacob Blake. Blake was wounded by police, but not killed.

Kyle Rittenhouse wore a shirt with a coffee company’s name on it. Now its Jewish owner is being harassed by antisemites.