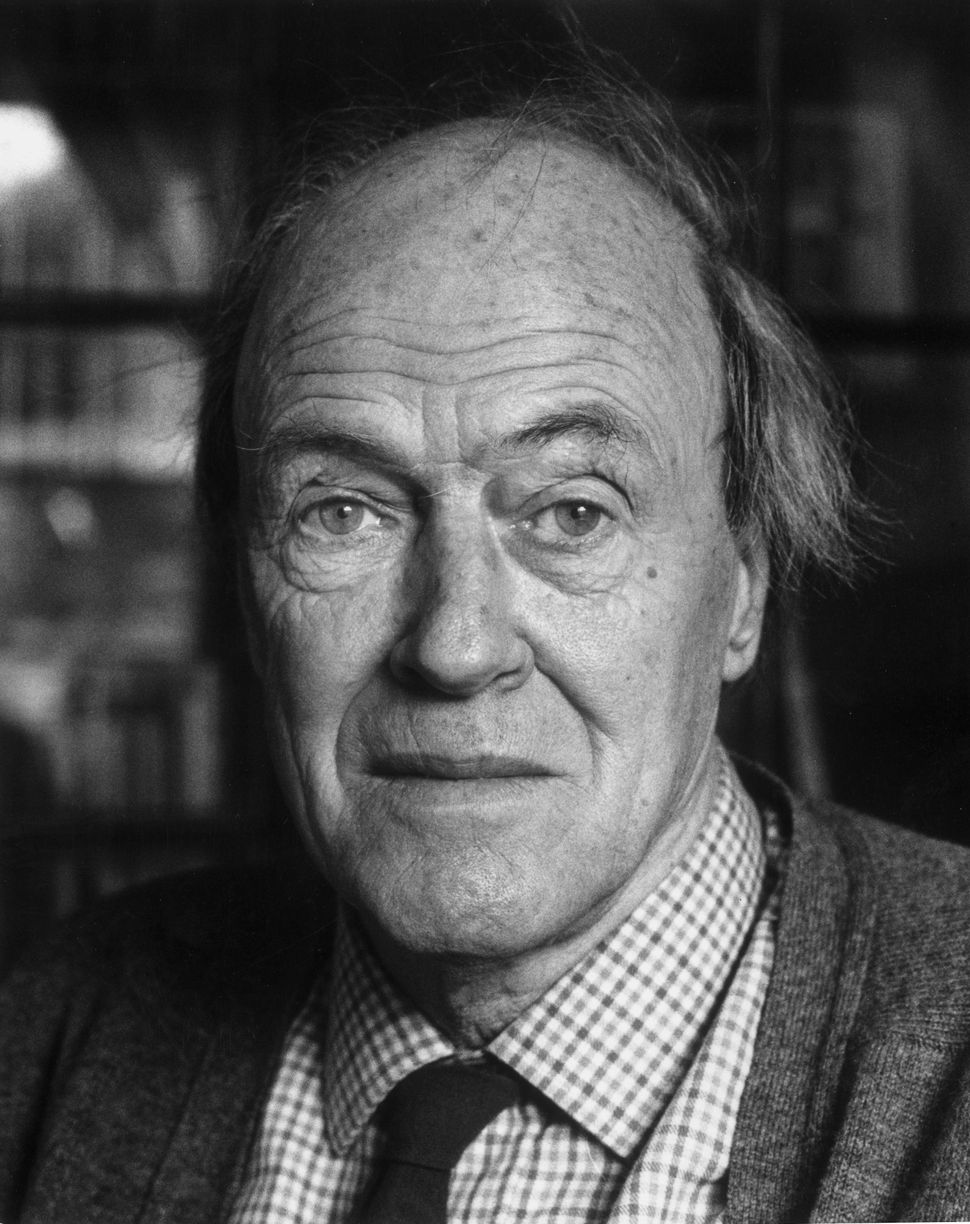 30 years after the death of beloved children’s author Roald Dahl, the Dahl family and the Roald Dahl Story Company, which manages his copyrights and trademarks, issued a quiet, brief apology for the author’s not-so-beloved antisemitism.

The author of such classics as “Charlie and the Chocolate Factory,” “Matilda” and “James and the Giant Peach” had accused Jews of controlling American financial institutions and British publishing, given nods to Hitler and publicly declared himself an antisemite while criticizing Israel’s 1982 Lebanon war.

The Roald Dahl Story Company’s Site, RoaldDahl.com, posted the apology on Sunday; it didn’t send the notice to any Jewish organizations or announce it to the media. The company also restricted readership to adults. The website prompts users to identify themselves as kid, teacher or grown up. Those that identify as kids are transferred to a page that says “Nothing to see here!”

Some on Twitter said the quiet apology was too late and not enough.

After Roald Dahl’s family have apologised for his antisemitism, @BoDPres says “This apology should have happened long ago… His abhorrent antisemitic prejudices were no secret and have tarnished his legacy.” Full statement below: pic.twitter.com/QRzSr2ns9u

— Board of Deputies of British Jews (@BoardofDeputies) December 6, 2020

If the apology was in such an obscure part of the author’s website and it was unclear how long it had been there, does it really count? #RoaldDahl

Others questioned the validity or the point of apologizing for someone who died three decades ago.

it seems fairly irrelevant & nonsensical for his fam to apologise for him? plus this apology – “Those prejudiced remarks are incomprehensible to us & stand in marked contrast to the man we knew & to the values at the heart of Roald Dahl’s stories” – is a good eg of a bad apology https://t.co/q7d2cE4rPL

While we can all appreciate the family’s gesture, it seems rather pointless to apologise on someone else’s behalf. #RoaldDahl made no effort to hide his #antisemetic views when he was still alive. So what’s the actual value of this apology today, 30 years late? https://t.co/Mpz0FyFMa4

Some did express relief that his antisemitism had finally been acknowledged by the family, but questioned the timing.

I’ve always adored Roald Dahl’s books. How can you not? I’ve known about his antisemitism, but to even point it out often felt like sacrilege towards one of the most popular authors of all time.
⁦Interesting to see this apology now.https://t.co/n10wFKumgd

Better late than never I suppose but why is the Roald Dahl estate apologising now for his anti Semitic views? Are they being forced to by corporate partners, are there new revelations? This apology is only half the story pic.twitter.com/a5eiBfg3gn