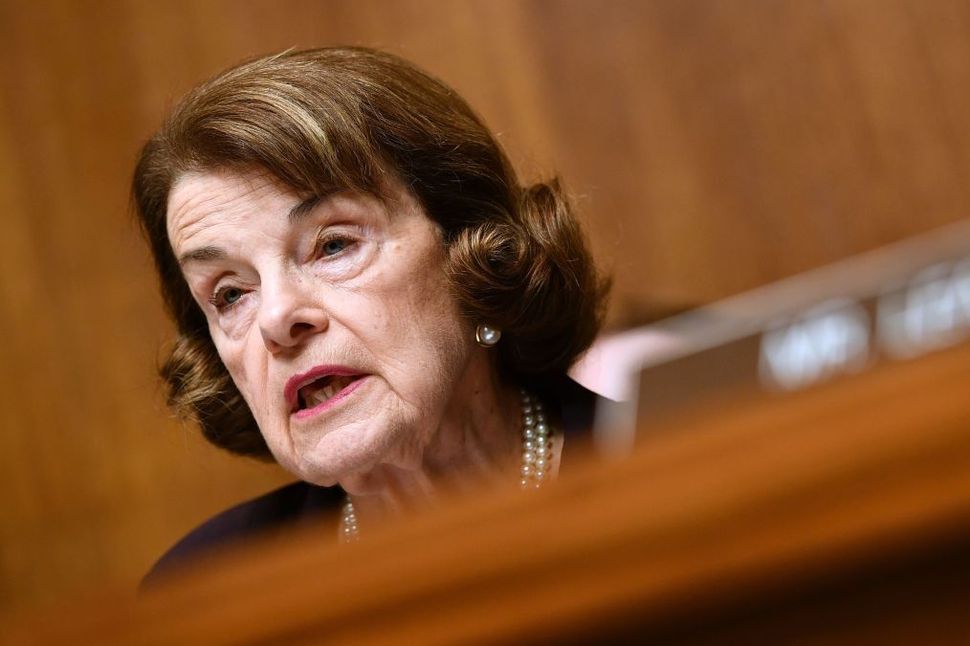 U.S. Sen. Dianne Feinstein’s memory is faltering, according to The New Yorker.

Dianne Feinstein’s short-term memory is failing, causing the senior Democrat on the Senate Judiciary Committee to forget briefings immediately after they take place and even failing to remember things she has just said, according to a new report in the New Yorker.

Feinstein, a towering figure in Democratic politics, is 87 years old and successfully won reelection in 2018 with the support of former President Barack Obama and other top party leaders.

While some former aides defend her cognitive ability, “many others familiar with Feinstein’s situation describe her as seriously struggling, and say it has been evident for several years,” Jane Mayer wrote.

Feinstein came under fire from progressive groups after her handling of Supreme Court Justice Amy Coney Barrett’s confirmation hearings. Democratic leadership hoped to portray the procedure as an undemocratic farce; instead, Feinstein botched her questioning of Barrett and praised her Republican counterpart Lindsay Graham, telling him it was “one of the best set of hearings that I’ve participated in.”

Senate Minority Leader Chuck Schumer asked Feinstein to step down as the top Democrat on the committee, but Mayer reported that it took “several serious and painful talks” before she agreed.

“Feinstein seemed to forget about the conversations soon after they talked, so Schumer had to confront her again,” Mayer wrote.

Mayer reported that people also reached out to Feinstein’s husband, billionaire private-equity mogul Richard Blum, to convince her to step down.

“In her defense, Feinstein has had to fight for everything she’s gotten. She didn’t get where she is as a woman in politics by listening to the men,” one source told Mayer.

Feinstein agreed to vacate her role as the ranking Democrat on the committee in November. Her office declined to comment for the article.

Feinstein was raised by a Jewish father and a Catholic mother with Jewish ancestry, and attended both Jewish and Catholic schools while growing up in the San Francisco Bay Area.

She was a pioneering woman in politics, serving on the San Francisco Board of Supervisors before becoming the city’s first female mayor, a role into which she was elevated after the 1978 assassination of Mayor George Moscone. Feinstein was subsequently elected to the Senate in 1992 as the first female Jewish Senator during the so-called “Year of the Woman,” when four women were elected to the upper chamber.

Feinstein has long governed as a moderate, drawing ire from the left dating back to her tepid support for LGBT rights during her time as mayor of San Francisco and her decision to repeatedly fly the Confederate flag in front of city hall. More recently, Feinstein made headlines last year for tangling with schoolchildren who supported the Green New Deal.

“That resolution will not pass the Senate, and you can take that back to whoever sent you here and tell them,” Feinstein told the children, who visited her office as part of the Sunrise Movement. “I’ve been in the Senate for over a quarter of a century and I know what can pass and I know what can’t pass.”