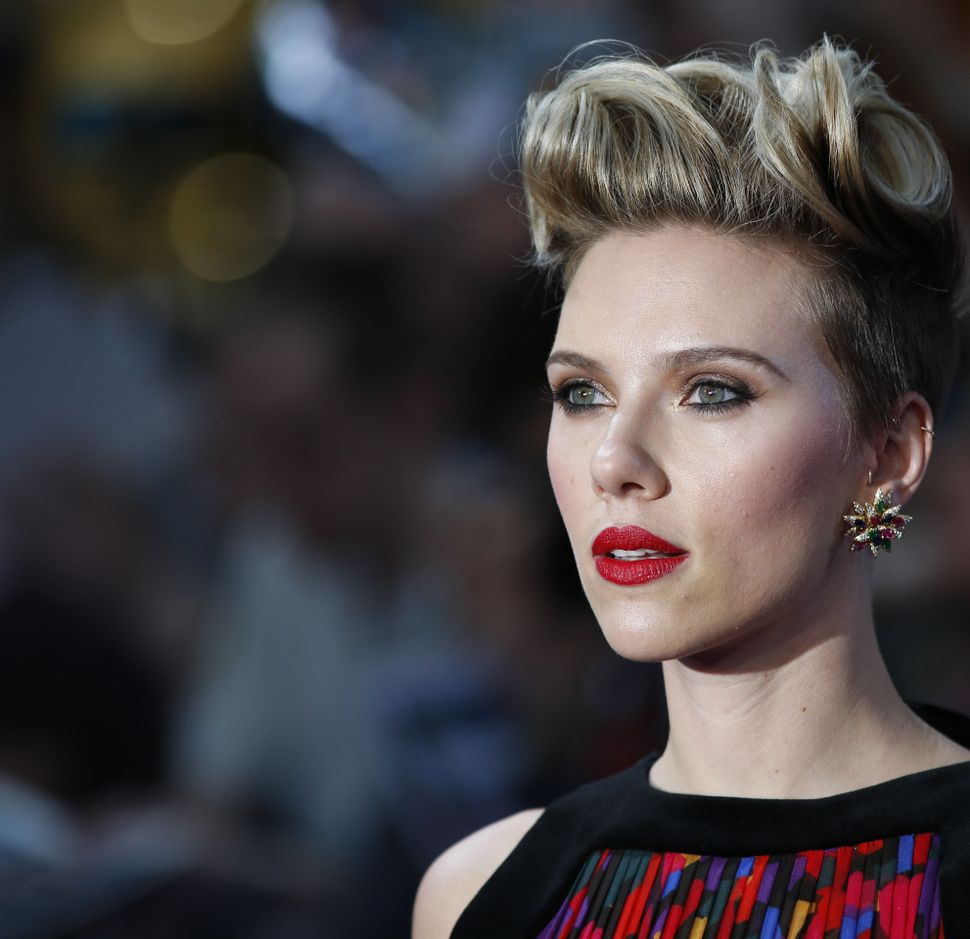 (JTA) — Hollywood actress Scarlett Johansson’s recent intervention on behalf of civil rights in Egypt is prompting a mixed response there, ranging from gratitude to anti-Semitism.

Johansson, who is Jewish, was one of several celebrities to weigh in earlier this month against the arrest of four employees of the Egyptian Initiative for Personal Rights, a Cairo human rights organization. They were swept up amid a wave of arrests of critics of President Abdel-Fattah el-Sissi.

“They all face bogus charges that could lead to many more years in prison. In fact, their only crime has been to stand up for the dignity of Egyptians,” Johansson said in the video published on the group’s YouTube page Dec. 1. Amnesty International launched a separate campaign for their release.

Three of the four workers have since been released. While some Egyptians have thanked Johansson for getting involved, others have suggested that she criticized Egypt’s leadership because she is Jewish.

Nashat al-Dihi, a presenter and commentator on TeN TV, said she “supports the Zionist products and it is well known that she is Jewish and that she’s on the Israelis’ side,” Mako News reported. Johansson drew criticism in 2014 after she appeared in an ad for SodaStream when the Israeli company had a factor in the West Bank.

El-Sissi took power in a 2014 coup that ended the short term in power of Mohammed Morsi and his Muslim Brotherhood. They were elected following a revolution.

The pro-Western dictator has jailed thousands of people deemed by his regime as Muslim extremists, as well as other critics.