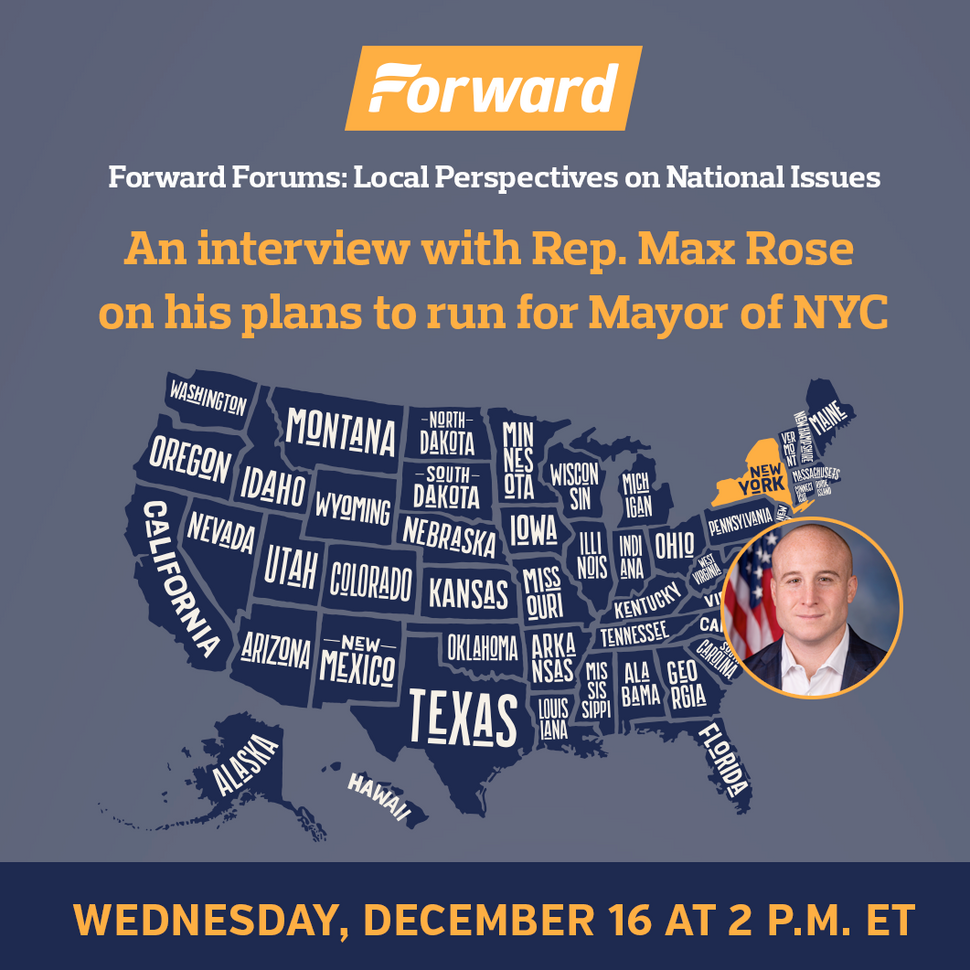 Congressman Max Rose, the Staten Island Democrat who lost his bid for reelection last month, is considering a run for New York mayor.

In November, Rose lost his seat as U.S. representative for New York’s 11th congressional district, which covers Staten Island and parts of Brooklyn, to Republican Nicole Malliotakis. The race was closely watched as one of several districts where Democrats had flipped historically Republican seats in 2018.

Rose, a Jewish Army veteran, would be entering a crowded mayoral field and face an uphill battle trying to build a political base in conservative Staten Island to win a Democratic primary.

Yet Rose may have higher name recognition than many of his opponents. He spent some of his Congressional campaign — which included a television advertising blitz — attacking Mayor Bill de Blasio instead of his opponent.

“It appears Rose would be the most well-known and passionate foe of de Blasio, and is positioned to blast away for every misstep of pandemic management,” Richard Flanagan, a political-science professor at The College of Staten Island, told Politico. “A congressional district is not a bad base from which to launch a campaign because, unlike more than half the field, he has a geographic base.”

Rose will be up against fellow Democrats such as Eric Adams, Brooklyn borough president, and City Comptroller Scott Stringer, both of who have deeper roots in New York’s political scene than Rose. Andrew Yang, who amassed a significant following during his quixotic bid for the Democratic presidential nomination, is also expected to enter the race.

Rose largely governed as a moderate while in Congress and developed a reputation as a straight talking and charismatic rising star within the Democratic Party. But that wasn’t enough to hold his seat in a year where Republicans won back a host of seats they lost in 2018.

While Rose tried during his campaign to keep the focus on his district and avoid national issues, such as Malliotakis’ support for Trump, some observers attributed his loss to a close association with racial justice advocates in the aftermath of George Floyd’s murder.

Rose defended his support for Black Lives Matter in his election night speech.

“If we are going to unite this country then we must listen when a community is hurting,” Rose said.