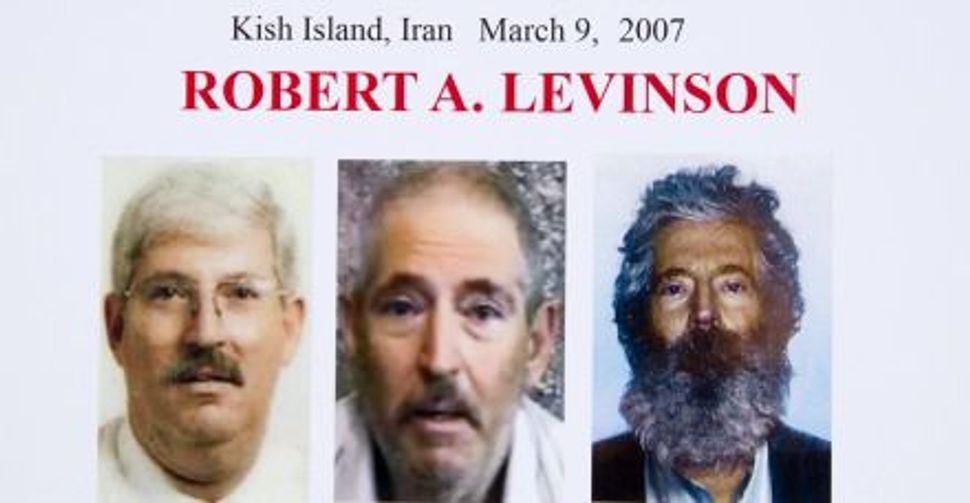 WASHINGTON (JTA) — The Trump administration named and sanctioned two top Iranian spies it says are responsible for the abduction and death in custody of Robert Levinson, the Jewish-American former FBI agent who went missing in 2007.

The sanctions announced Monday were the first formal U.S. allegation that Iranian officials were involved in the abduction of Levinson on Iran’s Kish Island. Levinson, 58 at the time, was on what was later revealed to be a rogue CIA operation. In March, his family cited U.S. officials in announcing that he had died in Iranian custody, but at the time no U.S. official confirmed it.

“It is clear that not only were senior Iranian officials responsible for Mr. Levinson’s disappearance, but that they took deliberate actions to obscure their involvement through an extensive disinformation campaign,” the White House said in announcing the sanctions.

“With this announcement, the United States Government is initiating the first public actions against the Iranian government to hold them accountable for the abduction of Robert Levinson—the longest ever held American hostage. The United States will relentlessly pursue all others involved as the investigation continues,” the White House statement continues.

The Treasury separately named the two Ministry of Intelligence and Security Officials as Mohammad Baseri and Ahmad Khazai. The sanctions are aimed at inhibiting any foreign transaction with the targets, as those who deal with sanctioned individuals and entities are also barred from U.S. business.

The Washington Post quoted a senior U.S. official as saying the sanctions also was aimed at influencing the Iran policy of the incoming Biden administration. “We all expect negotiations next year. That negotiation must include the return home of all the Americans unjustly detained in that country,” the unnamed official said.

“While no one should be as cruelly treated as Bob was, this situation is personal because Bob served as a special agent for 22 years and will always be a part of the FBI family,” he said. “We will never waver from our commitment to find out more about Bob’s long captivity, to give the Levinson family the answers they deserve, and to finally bring Bob home.”