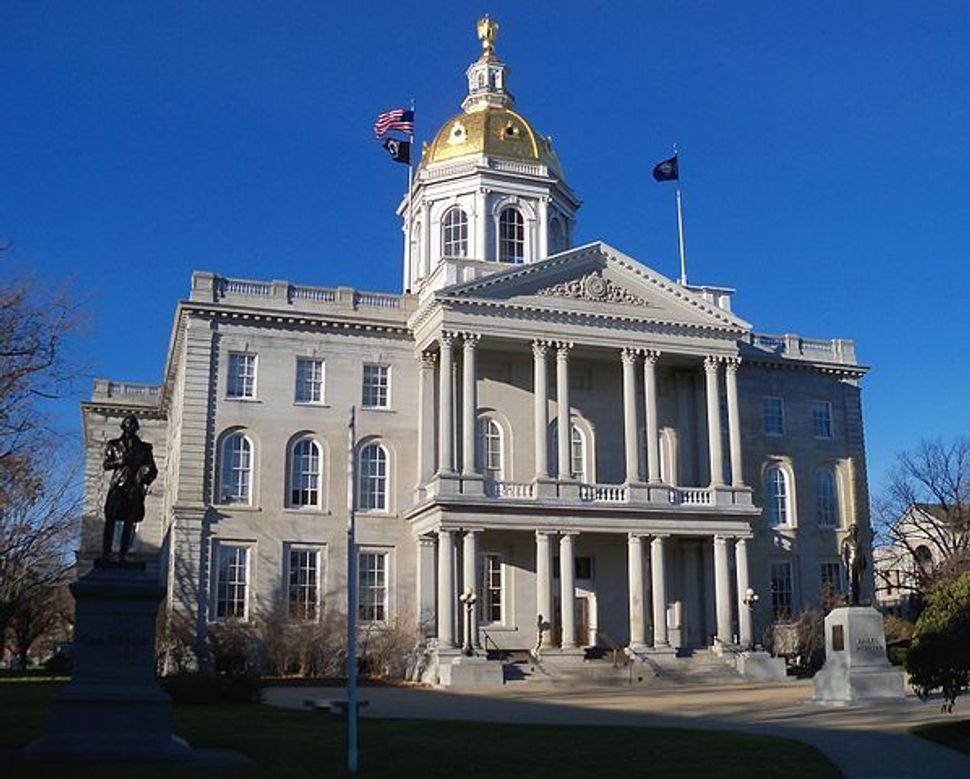 (JTA) — Dawn Johnson, a Republican just elected a state representative in New Hampshire, apologized for sharing a post from the neo-Nazi website the Daily Stormer.

“I have removed the report as it came from a source I do not agree with and thanks to a couple of people who showed me,” she said.

Johnson declined to comment to InDepthNH about why she was reading material posted on a neo-Nazi website.

Johnson, who also serves on the school board in Laconia and who has backed President Donald Trump’s false claims that he won the presidential election, had posted on Facebook an image of her failed attempt to post the Daily Stormer article, which advanced a debunked theory that a man close to Georgia Gov. Brian Kemp was killed as part of a conspiracy to hand the election to President-elect Joe Biden.

“When you try to share truth FB says NOPE we will not allow it,” she wrote.

The Daily Stormer is a racist and anti-Semitic website run by Andrew Anglin, who is being sued by a Jewish family in Montana who claim he encouraged his followers to harass them.