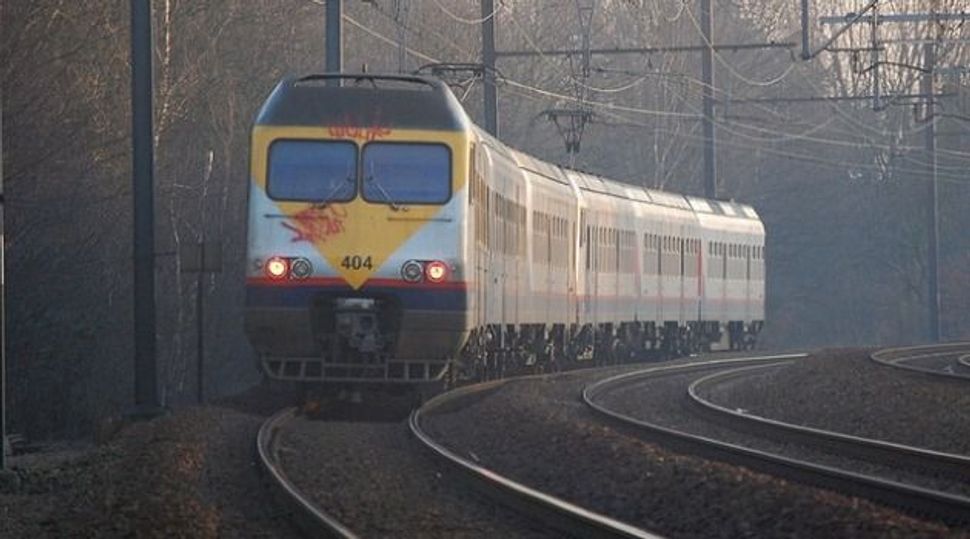 Members of Belgium’s Union of Jewish Students boarded trains in the country last Thursday to offer passengers a message of tolerance.

“We would like to wish the Jews, but also all other people present on this train who are discriminated against on the basis of their culture, their religion, their gender, their sexual orientation or their skin color, an excellent journey on board of the trains of the SNCB,” the students said, referring to Belgium’s national railway company.

On Wednesday, 4 people took control of the intercom of a train connecting Antwerp and Mechelen to order “Jewish cancers to get off the train.”

The stunt came shortly after an unknown number of people boarded an SNCB train traveling from Antwerp to Mechelen on December 9, took control of its communication system and began ordering Jews off the train, calling them “cancers.” They threatened to blow-up the train if the Jews did not leave. The SNCB condemned the event; the perpetrators have not been caught.

During World War II, the SNCB participated in the deportation of 26,000 Belgian Jews to Auschwitz-Birkenau and other death camps in Nazi-occupied Eastern Europe.

Descendants of Jews deported on Belgian trains have long sought reparations from the SNCB and Belgium’s transportation authority. In 2019, the Belgian parliament passed a resolution to investigate the SNCB’s role in the deportations, but to date, none of the claimants have been paid.