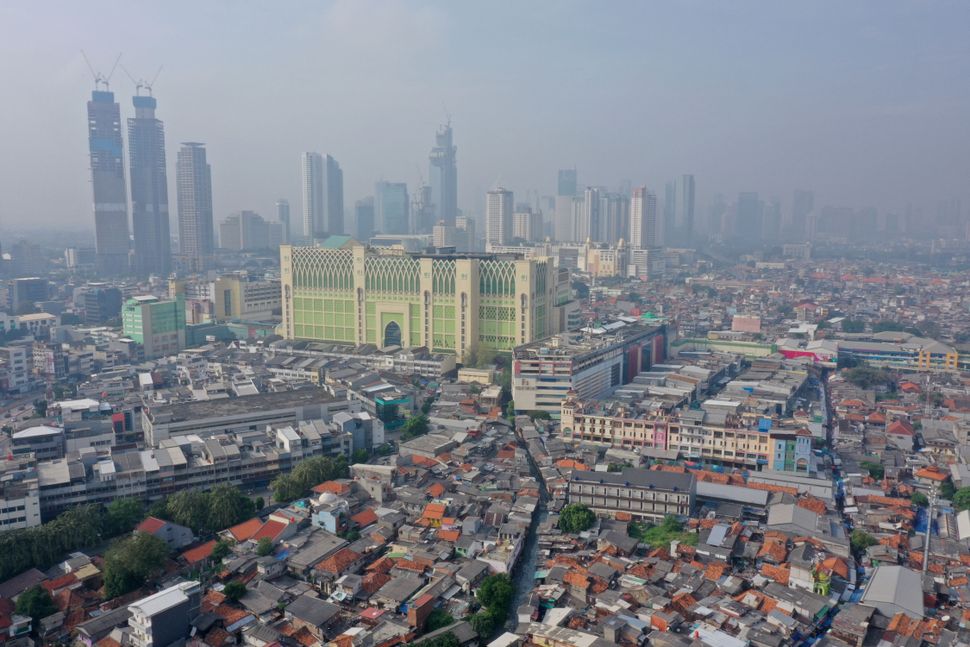 The Jakarta city skyline on June 9, 2020. By Adek Barry/Getty Images

Adam Boehler, CEO of the U.S. International Development Finance Corp., told Bloomberg that Indonesia could get $1 billion to $2 billion more in development aid if it joins the rush being organized by the Trump administration in its final days to have Arab and Muslim countries openly recognize Israel.

“We’re talking to them about it,” Boehler said. “If they’re ready, they’re ready, and if they are then we’ll be happy to even support more financially than what we do.”

In a bid led by senior White House adviser Jared Kushner — President Donald Trump’s son-in-law and a longtime friend of Boehler — the  administration is pushing normalization agreements between Israel and Arab and Muslim states as the president nears the end of his term. Bahrain and the United Arab Emirates have signed agreements, and Morocco and Sudan are said to be close to deals.

A congressional aide with ties to the Democratic leadership told the Jewish Telegraphic Agency that Indonesians should be wary of the proposal weeks ahead of the Jan. 20 inauguration of President-elect Joe Biden.

“If I were the Indonesians, I wouldn’t bank on any promises the administration is making now,” said the aide, who asked not to be named so as to be able to speak frankly. “The Development Finance Corp. was designed as a development tool, not an incentive for political developments.”

Biden has welcomed the previous agreements, but Democrats have criticized their transactional nature. The UAE is getting stealth fighter jets, Morocco is getting recognition of its occupation of Western Sahara and Sudan is being removed from the U.S. list of states that back terrorists.

It’s not clear whether Biden will abide by any of these agreements.