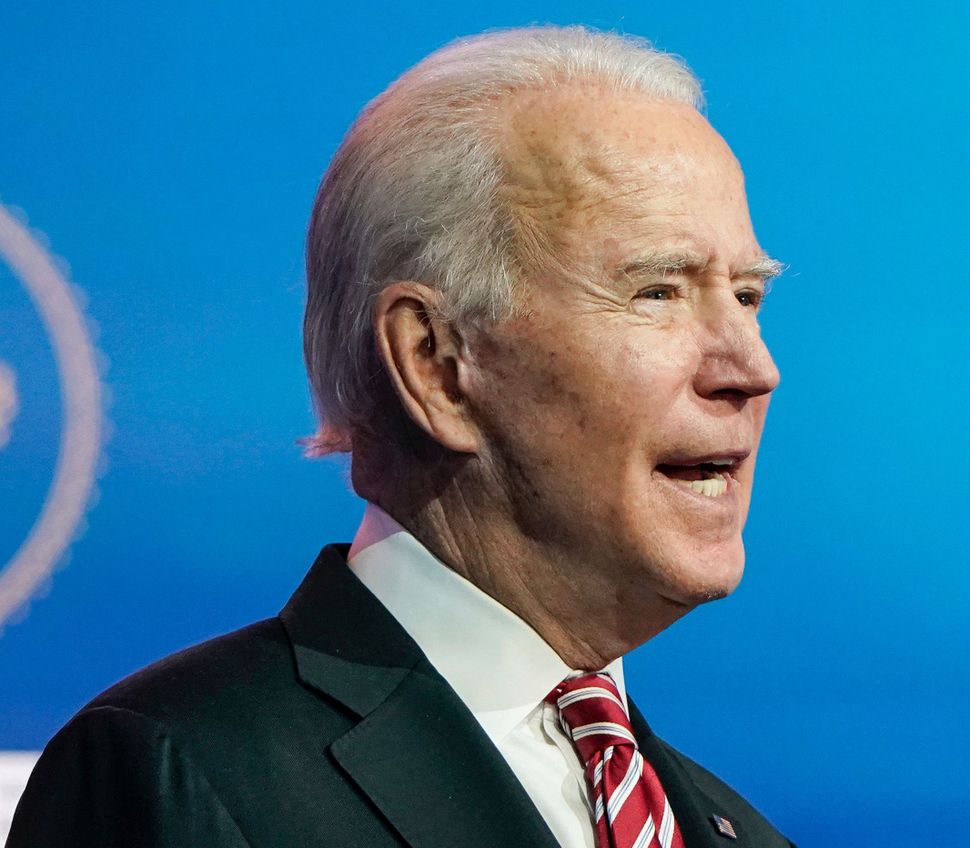 WASHINGTON (JTA) — A letter backing President-elect Joe Biden’s plan to reenter the Iran nuclear deal without any new conditions has garnered 150 signatures from House Democrats — enough to block any congressional bid to prevent the move.

The sentiments in the letter are in direct contradiction to the urgings of the Israel lobby group AIPAC, others in the center-right pro-Israel community and Israeli Prime Minister Benjamin Netanyahu.

Those groups want Biden to at least renegotiate components of the deal, if not forge a new one, before rejoining the 2015 pact. The Joint Comprehensive Plan of Action relieved sanctions on Iran in exchange for restrictions, monitored by outside observers, on the country’s nuclear program.

“We strongly endorse your call for Iran to return to strict compliance with the nuclear deal, the United States to rejoin the agreement, and subsequent follow-on negotiations,” says the letter, which concluded its signature-gathering phase on Wednesday and is set to be sent to Biden.

The intended effect of the letter is to reassure Biden, who was vice president under President Barack Obama when the deal was negotiated by the United States and others, that he can rejoin the agreement without fear of pushback. The votes of at least 146 House members would be needed to break the two-thirds majority that opponents of reentering the deal would require to override Biden’s veto of any legislation aimed at blocking reentry.

Biden says he wants to renegotiate some components of the deal once the U.S. is back in, including the dates when restrictions on Iran’s uranium enrichment are currently planned to lapse. He also wants to negotiate limits on Iran’s missile development and its adventurism in the region while addressing Iran’s concerns about the actions of American allies.