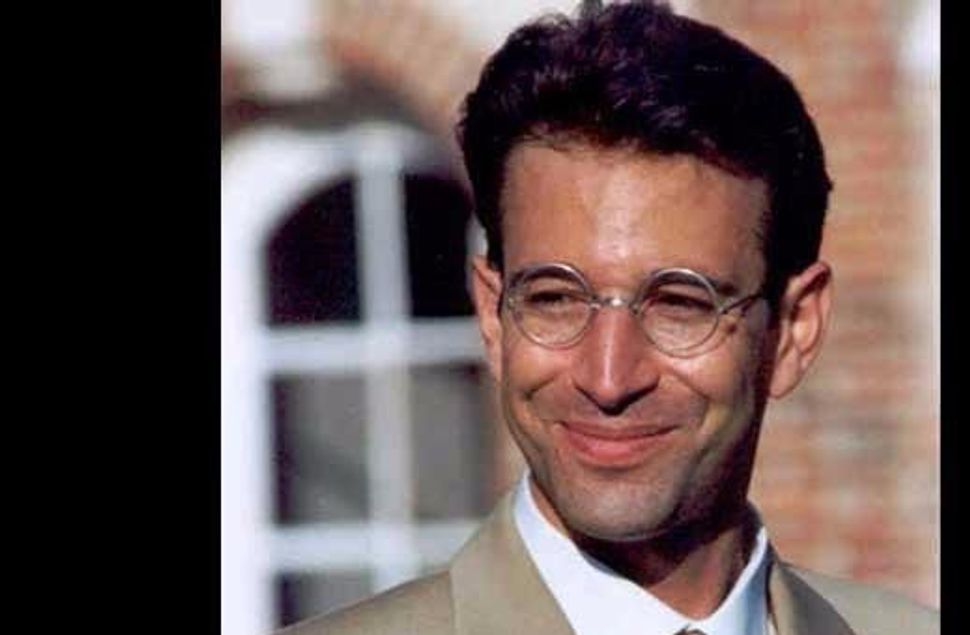 (JTA) — A court in Pakistan on Thursday ordered the immediate release of four men who had been jailed there since 2002 for the murder of the Jewish-American journalist Daniel Pearl.

The Sindh High Court in Karachi ordered the release of the men, who had been acquitted of the murder, calling their detainment “illegal,” the Dawn newspaper reported.

They had been involved in Pearl’s kidnapping, the court found, but not in his murder. The court did not identify the killers in the acquittal.

Ahmed Omer Saeed Sheikh, Fahad Naseem, Salman Saqib and Sheikh Adil were acquitted of murder in April but kept in jail on executive orders as prosecutors appealed their acquittal.

On Thursday, the two-judge panel of the court ordered their release from “any sort of detention” and declared all orders of the government related to their detention “null and void.”

The men are to be put on a no-fly list and must appear before the court whenever summoned as the court considers the appeals against their acquittal, the court said.

Pearl was the South Asia bureau chief for The Wall Street Journal when he was abducted and beheaded in Karachi in 2002 while researching a story about Islamist militants. He was 38.