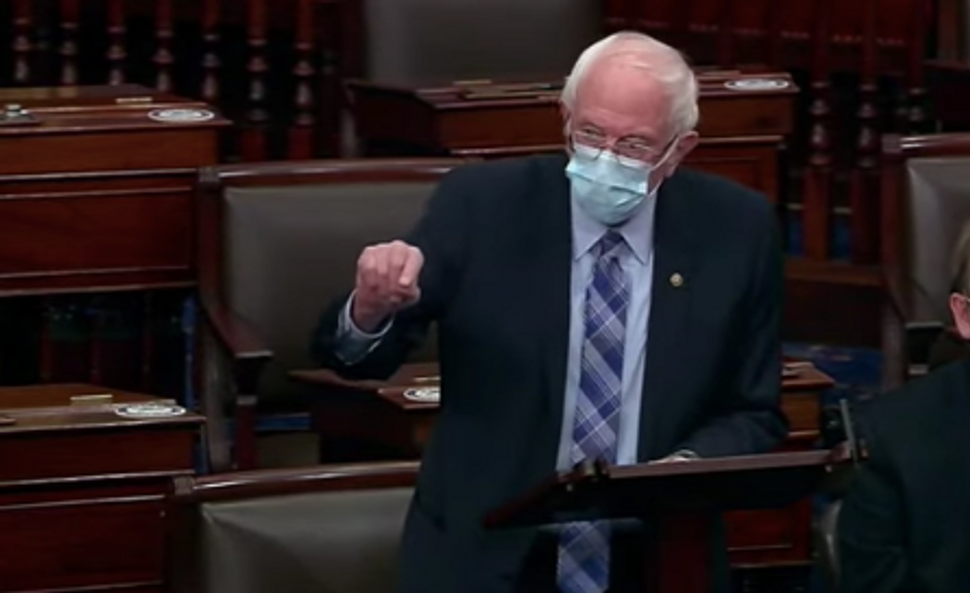 Bernie Sanders’ signature cranky Brooklynite affect is getting a big workout on Tuesday as the senator, an independent from Vermont, leads the Democrats’ effort to put Senate Majority Leader Mitch McConnell in a very tough position.

That Sanders and the Democrats can press McConnell at all is thanks to President Donald Trump, who started talking last week about $2,000 stimulus relief checks — the kind of populist measure that Sanders would support, and traditional Republicans would abhor.

Here’s Sanders’ speech in which he starts trying to put the screws to Senate Republicans.

Now, Sanders is exploiting that opening with a filibuster, which is any attempt to block Senate action by speaking at length, say, or by using picky procedural rules, which is what Sanders is doing. Vox breaks down how here. Sanders is holding hostage a defense bill, which has bipartisan support and must pass. His demand: That McConnell permit a vote on legislation providing the $2,000 checks to Americans earning less than $75,000 a year.

It’s a win-win for Sanders and the Dems with whom he is allied; either McConnell and the rest of the Republican party either have to pony up or show the country that they don’t think federal relief on that scale is good policy.

And this is politically a very sensitive moment, because there’s a dual run-off happening right now in Georgia for that state’s Senate seats. If Democrats win both of them, they’ll win control of the Senate. Indeed, a source close to Sanders said the Georgia races were a factor in his decision, according to Politico.