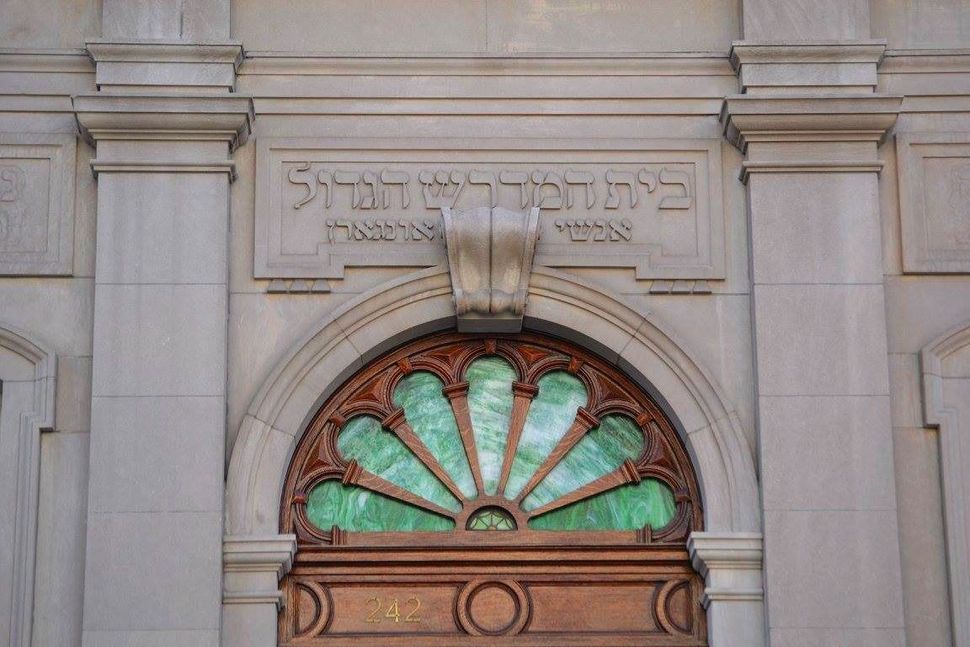 Stained glass above the door at Beth Hamedarsh Hagadol. Image by Facebook

Thanks to a $162 million dollar loan, a construction project on the former site of Beth Hamedrash Hagadol, one of the oldest synagogues in Manhattan, has begun moving forward.

Beth Hamedrash Hagadol was the first synagogue founded by Russian Jewish immigrants on the Lower East Side. It stood for nearly 170 years, from 1850 until 2017, when it was destroyed in a fire.

The synagogue was once the seat of the short-lived position of Chief Rabbi of New York City, a role which was only held by Rabbi Jacob Joseph, from 1888 to his death in 1902. However, due to structural issues, the building was closed in 2007, a decade before the fire that finally brought it down.

Following the synagogue’s destruction, the property and its air rights were sold by the congregation to the Chinese-American Planning Council and the Gotham Organization, a New York development company, who slated the valuable lower Manhattan real estate for a 30-story apartment complex.

The new owners will reserve 4,000 square feet of the 520,000-square-foot project for a new home and cultural center for the Beth Hamedrash Hagadol congregation, according to Bowery Boogie, a local media outlet which covers the Lower East Side.

The structure will also include 209 affordable-housing units, of which 115 are reserved for seniors.