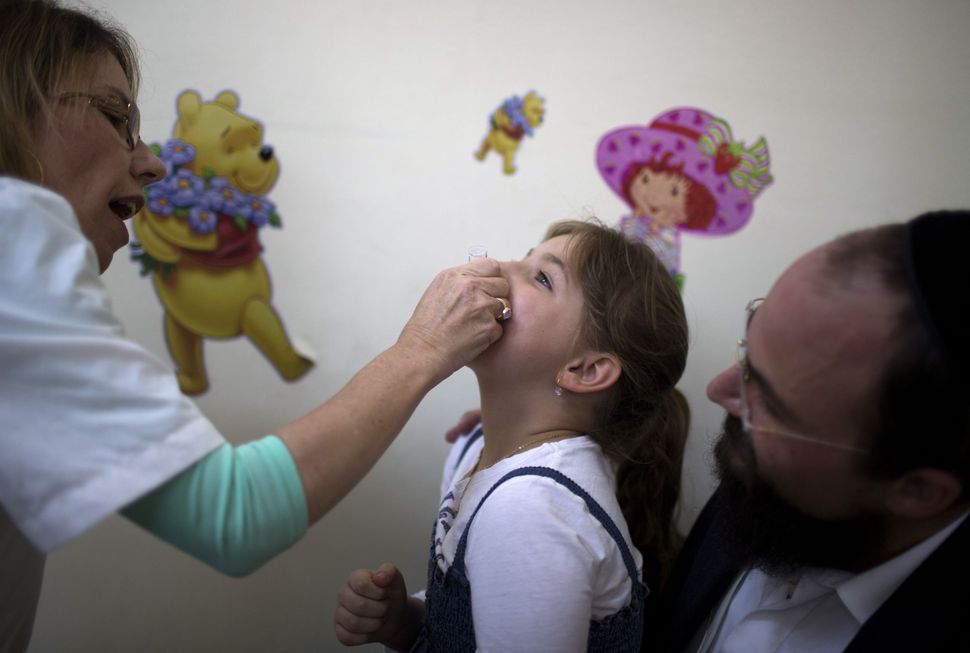 (JTA) — Israel has vaccinated about 8% of its population against COVID-19, while the United States has vaccinated less than 1%, according to data reported by the two nations.

Israel’s Health Ministry said Thursday that the country had beaten its target of 150,000 daily inoculations for the second straight day. By Thursday, nearly 800,000 of its nearly 9 million citizens had received the first of the two doses involved in the Pfizer vaccine.

Israel’s Channel 12 News added that a million doses of the Moderna vaccine, which have not yet been used there, have already arrived, far ahead of the March target date.

Meanwhile, frustration has mounted in the U.S., as the Centers for Disease Control reported this week that just over 2 million Americans have been given the first vaccine dose, far fewer than the 20 million targeted by President Donald Trump’s Operation Warp Speed for 2020. Over 11 million doses have been shipped across the country.

In both countries, a lag in data reporting could be behind a skew in the numbers. But Dr. Anthony Fauci, the leading infectious disease specialist in the U.S., expressed concern to CNN on Tuesday.

“Even if you undercount, 2 million as an undercount, how much undercount could it be?” Fauci said. “So we are below where we want to be.”

Both countries are also experiencing case surges. Israel, which has enacted a third nationwide lockdown, reported 5,253 new cases on Wednesday, its highest total since October. In the U.S., California has been particularly hard hit, and the first cases of the new more contagious COVID variant first found in the United Kingdom have been discovered.