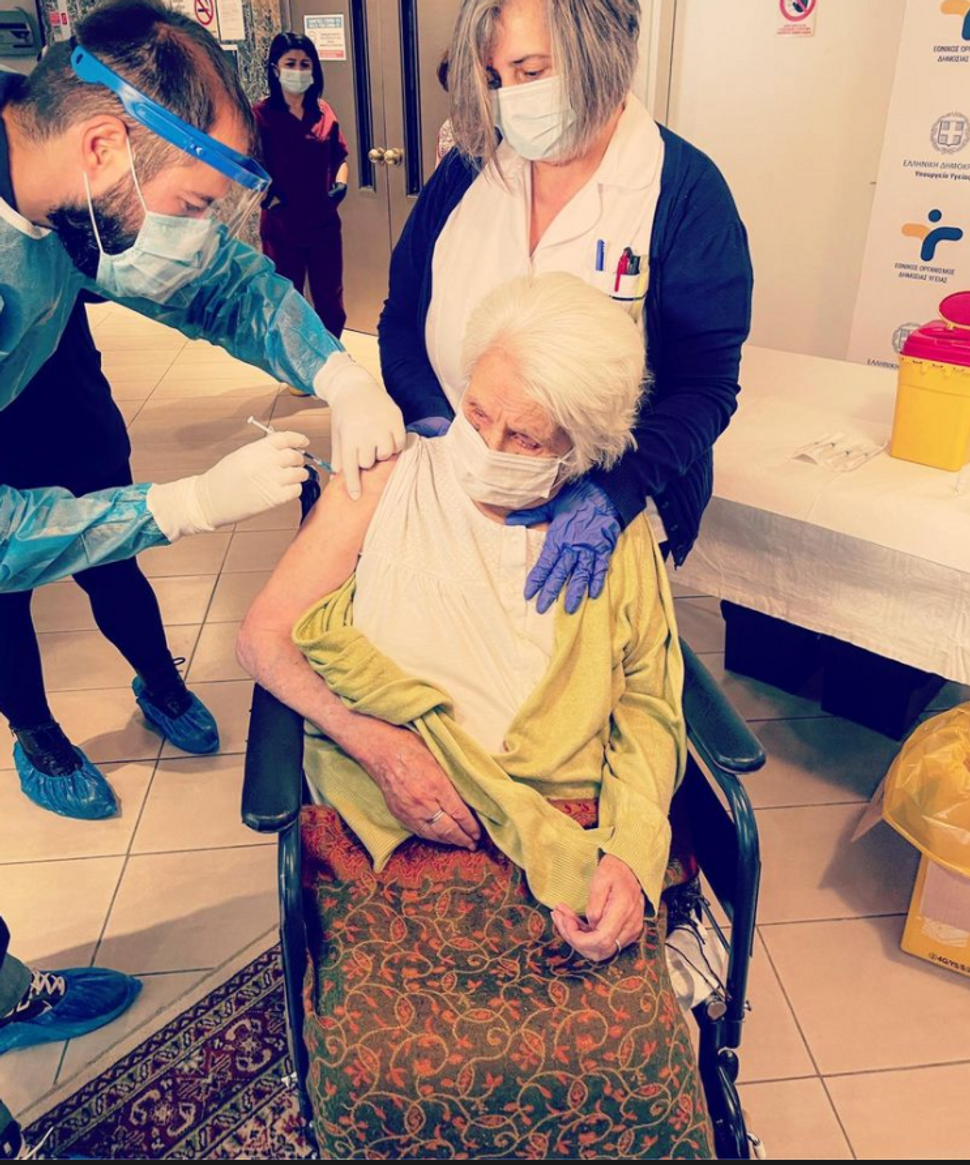 Zana Sadikario-Saatsoglou, a Thessalonikan Jew and Holocaust survivor, became one of the first people in Greece to receive Pfizer’s coronavirus vaccine on Tuesday.

98-year-old Sadikario-Saatsoglou received the vaccine at Thessaloniki’s Saul Modiano Old Age Home, which serves its Jewish community. Greece received nearly 10,000 doses of the vaccine in late December and began rolling them out shortly after the new year, to the elderly and first responders.

Before the war, Bourla’s ancestors were part of Thessaloniki’s large Jewish merchant class and traded jewelry, diamonds and other gems across the Balkans, according to the Central Board of Jewish Communities in Greece.

Thessaloniki was once one of the most Jewish cities in the world: nearly half its population of 118,000 was Jewish around the turn of the 20th century, according to Ottoman censuses. Jews had lived in the city as far back as biblical times. That came to an end in the years of Zana’s youth: in 1943, the city’s Jewish population was deported to Auschwitz.

She was among the few who returned.

During the war, 45,000 Jews from Thessaloniki were sent to Auschwitz, according the United States Holocaust Memorial Museum; 5,000 are believed to have survived. Overall, 81% of Greek Jewry were murdered by the Nazis, a death rate rivaled only by major European Jewish centers like Poland and Lithuania.