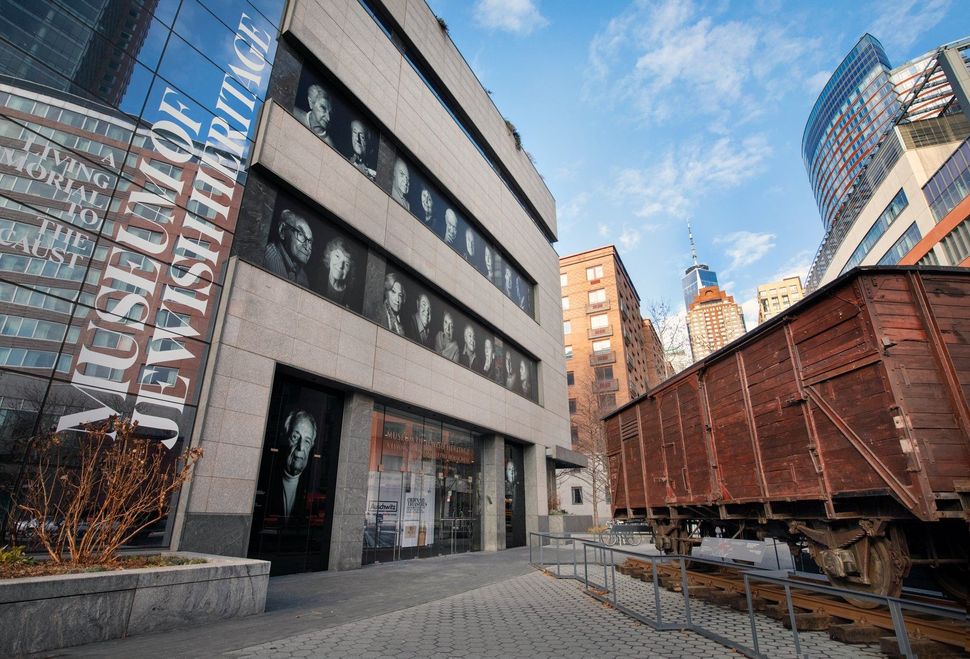 A Confederate flag was found tied to the front door of Museum of Jewish Heritage in Manhattan Friday morning.

Museum officials believe someone placed the flag overnight and are working with police to identify suspects.

“This is an atrocious attack on our community and on our institution and must be met with the swift and forceful response by law enforcement,” Jack Kliger, the museum’s president, said in a statement. 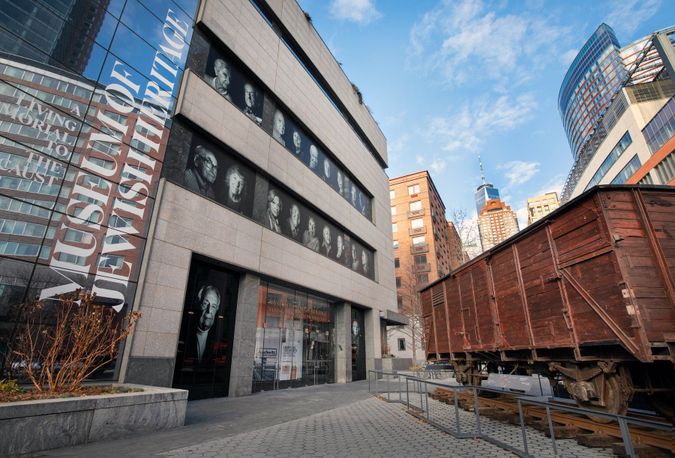 The incident comes in the aftermath of Wednesday’s attack on the U.S. Capitol, where far-right rioters scaled walls and smashed windows, forcing their way into the Senate chambers. Pro-Trump rallies that featured antisemitic conspiracies were held during the 36 hours prior to the siege and many attendees flew Confederate flags. At least one man was pictured walking through the Capitol with a large Confederate banner.

Some of those who broke into the Capitol were displaying prominent antisemitic symbols, including a “Camp Auschwitz” sweatshirt and flags and clothing bearing the QAnon slogan. Members of the neo-Nazi group NCS-131 were also identified as participants of Capitol building insurrection. 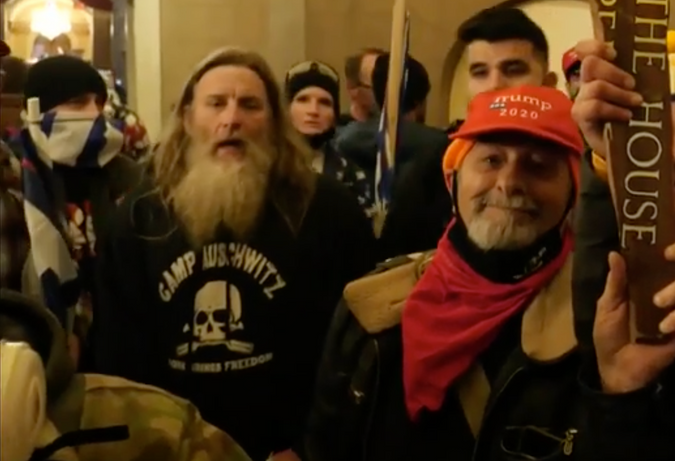 The stark displays of antisemitism and racism in Wednesdays riots have caused stress among the Jewish community, and for the Museum of Jewish Heritage, which bills itself as “a living memorial to the Holocaust,” and serves to educate visitors and the public about Jewish life before, during and after the Holocaust.

“The Confederate flag is a potent symbol of white supremacy, as evidenced by the events at the U.S. Capitol this week. Such hate has now arrived at our doorstep, just steps away from a train car which once transported Jews to the Auschwitz death camp. These horrific acts of emboldened anti-Semitism must end now.”

The targeted act of hatred against the Museum of Jewish Heritage was especially disheartening to Tobi Kahn, the Jewish artist who designed the mezuzah that hangs next to the museum’s doors. In designing the mezuzah, it was important to Kahn to have a visible opening for the klaf, which he regards as “a symbol of proud and unbowed Jewish identity.”

“The work that I do is born out of a desire to restore beauty and sanctity to the world,” Kahn said in an emailed statement to the Forward. “I am- not just as the son of Holocaust survivors but as an American— appalled that that space would be defiled with a Confederate flag. Democracies are fragile, and there is no place for hatred in one that hopes to last.”