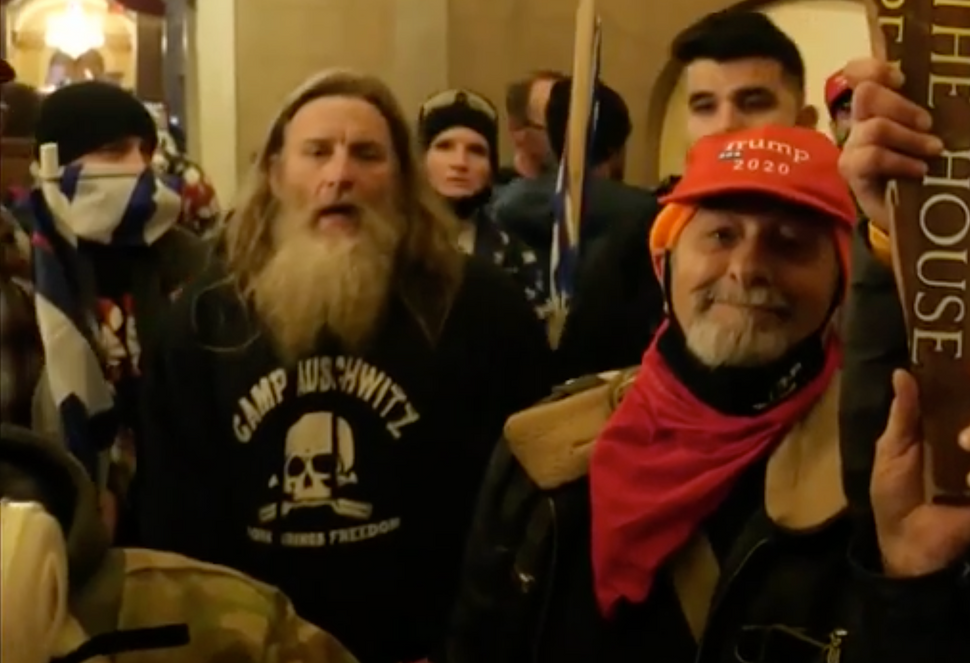 A man who entered the U.S. Capitol on Wednesday wearing a now-infamous “Camp Auschwitz” sweatshirt has been identified by CNN reporters as Robert Keith Packer of Virginia.

The cable network said that it had several sources who identified the man, whose picture circulated widely in the aftermath of the riot. An anonymous Virginia resident told the network that Packer had a history of voicing extremist ideology, saying that he had always been “very vocal about his beliefs.”

Another anonymous source described Packer as “off-beat” and said he frequently criticized the government, according to the CNN report.

Packer was one of several rioters who quickly gained notoriety after photos of their clothing or conduct were posted on social media. Many have now been arrested, including a man who entered the Capitol wearing a fur headdress with horns, a man who was photographed carrying House Speaker Nancy Pelosi’s lectern, and a man who chased a Black Capitol Police officer up a flight of stairs.

After photographs of Packer’s sweatshirt spread online, copycat versions of the offensive design sprang up on several e-commerce platforms that allow users to design and market their own merchandise.