Jewish community confounded by comparison of Parler shutdown to Kristallnacht 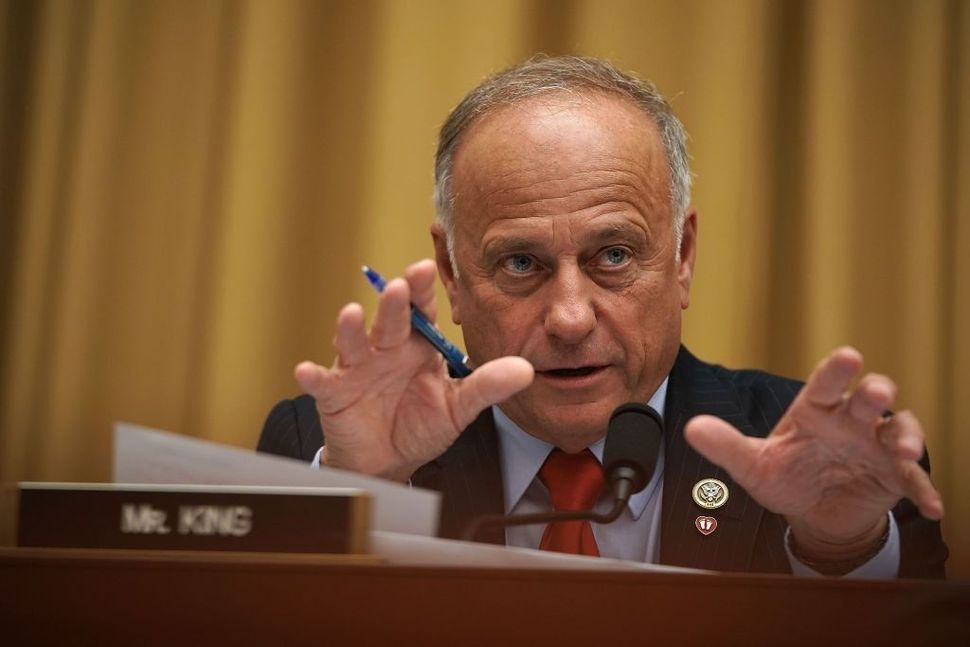 The scene in Washington D.C. last week has left many comparing the riots to Kristallnacht, the so-called “Night of Broken Glass,” the Nazi pogrom which served as a prelude to the Holocaust.

Arnold Schwarzenegger, the former governor of California, made the connection in a powerful video message, speaking about his father’s alcoholism and the abuse he and other Austrian children experienced growing up under the generation of men who lived with the shame of supporting the Nazi regime.

However, others had a different take. For former Republican Congressman Steve King and right-wing media figure Jeanine Pirro, who goes by Judge Jeanine on Fox News, the American Kristallnacht wasn’t the mob raid on the Capitol which left five dead. Rather, it was the shutdown of Parler, the alternative social media site popular among the far-right, and a hotbed for antisemitism.

I have lost 8,000 followers on this Twitter account in one day. Apple, Google, Facebook, & others have cancelled many conservatives. Last night was cyber god’s Kristallnacht! https://t.co/CrIwrWNAaq

Fox’s Jeanine Pirro says the deplatforming of Parler, a haven for white supremacists, “is akin to a Kristallnacht,” an infamous night of Nazi hate crimes against Jewish people. pic.twitter.com/D3L6JrkD1X

“What we’re seeing is a kind of censorship which is akin to a Kristallnacht,” Pirro said. She later clarified her comparison, writing on Twitter that she had been referring to the destruction of Jewish books that took place as part of Kristallnacth.

Prominent Jews — both on the left and the right — wasted no time in calling the two out and pointing out that Kristallnacht was not an act of censorship, but a pogrom which included the burning of more than 250 synagogues and the damage and destruction of thousands of Jewish businesses across Germany. By morning, 91 Jews were dead and 30,000 were arrested and shipped off to concentration camps. It is widely considered to mark the beginning of the Holocaust.

Kristallnacht was an organized pogrom by the Sturmabteilung and Hitler Youth destroying hundreds of synagogues and thousands of Jewish-owned businesses, killing dozens of Jews, and hauling tens of thousands of Jewish men to concentration camps such as Buchenwald. https://t.co/zWxAAc5SOC

Yes Kristallnacht, where Jews were denied a forum to plan Nazi terror.https://t.co/A74QZ6Z50Q

Your occasional reminder that Fox News has a board of directors who are responsible for this programming, and, for that matter, for the salaries of Ms. Pirro and those listening:

CAN EVERYONE STOP WITH THE TERRIBLY IGNORANT HOLOCAUST COMPARISONS?!?!

If you didn’t lose anyone to Hitler’s death machine then KEEP YOUR MOUTH SHUT!

That includes you @Schwarzenegger https://t.co/fWgAR8sTxA

Members of my family were taken to concentration camps on Kristallnacht, our synagogue was burned to the ground, and my grandparents and their families were forced to flee for their lives.

This is nothing like that, @JudgeJeanine. You owe us an apology.https://t.co/i62BwDabKI

Jewish community confounded by comparison of Parler shutdown to Kristallnacht