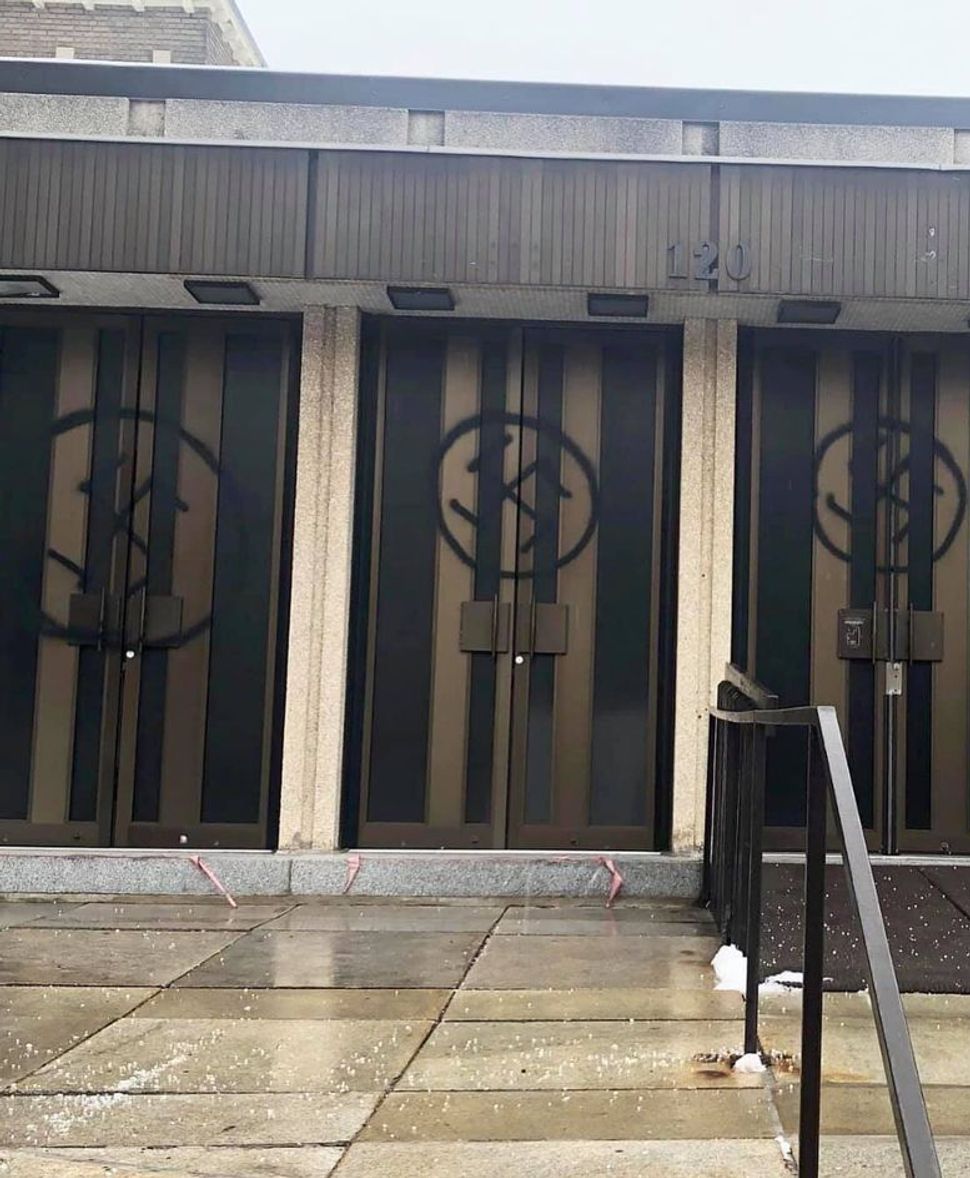 MONTREAL (JTA) — One of Montreal’s largest synagogues was found with its doors spray-painted with large swastikas Wednesday, and a synagogue guard played a role in arresting the man suspected of the vandalism.

The man who was apprehended reportedly brought a canister of gasoline to Congregation Shaar Hashomayim, a 160-year-old Modern Orthodox synagogue that is known internationally for nurturing, and burying, the legendary singer and poet Leonard Cohen.

Police were summoned to the scene at 1:30 p.m. Wednesday and arrested a 28-year-old man they said would be evaluated for mental health problems, according to local news reports.

Canadian Jewish groups decried the vandalism, with Rabbi Reuben Poupko of the Centre for Israel and Jewish Affairs calling it “vile” and B’nai Brith Canada’s CEO Michael Mostyn calling it “a jarring reminder of the constant need for vigilance in protecting our Jewish communal institutions.”

The synagogue, like others in Montreal, is currently closed because of the COVID-19 pandemic. That was the case as well in May, when vandals ransacked a different Montreal Orthodox synagogue, destroying its Torah scrolls in the process.

The mayor of Westmount, the upscale suburb where the synagogue is located, issued a statement condemning the vandalism.

But Congregation Shaar Hashomayim’s rabbi, Adam Scheier, told local media that he had come to expect anti-Semitic incidents. “One is not surprised when another anti-Semitic attack happens against one of the beloved institutions in our community,” he said.