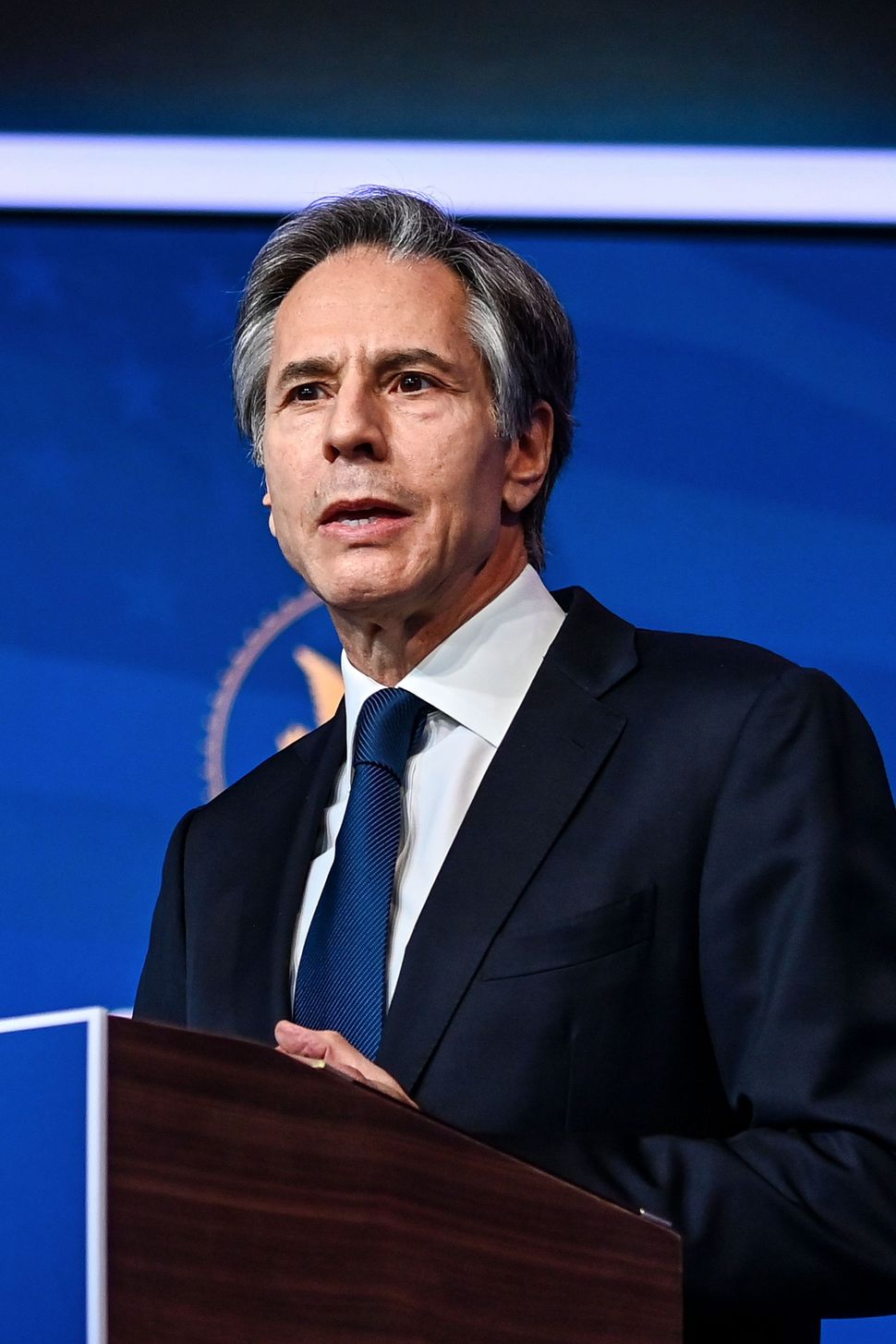 WASHINGTON – U.S. Secretary of State-nominee Antony Blinken will open his confirmation hearing on Tuesday by discussing how his family’s experiences in the Holocaust inform his worldview.

Blinken released his opening statement to the public in advance of his appearance before the U.S. Senate Foreign Relations Committee, which is overseeing the hearing on Tuesday afternoon. In the statement, Blinken says he views public service as “payment on the debt our family owes to the nation that gave us refuge and extraordinary opportunities across the generations.

“My father’s wife, Vera Blinken, found refuge in America after fleeing the communist regime in Hungary. And my late stepfather, Samuel Pisar, found refuge in America after enduring the horrors of the Holocaust. Sam was the only survivor among his immediate family and school of 900 in Bialystok, Poland, after four years in the concentration camps.”

He continued, “At the end of the war, he made a break from a death march into the Bavarian woods. From his hiding place, he heard the rumbling sound of a tank. Instead of an Iron Cross, he saw a five-pointed white star. He ran to the tank. The hatch opened and an African-American G.I. looked down at him. He fell to his knees and said the only three words he knew in English that his mother had taught him: God Bless America. The G.I. lifted him into the tank, into America, into freedom,” Blinken wrote to the committee. “That’s what we represent to the world, however imperfectly, and what we can still be at our best.”

A former deputy secretary of state and deputy national security adviser, Blinken is widely respected across the aisle. He is considered a moderate Democrat and is likely to have a reasonably easy ride to confirmation, with Republicans potentially finding it difficult to raise credible objections to his appointment.

Blinken’s message to Jewish voters during the campaign was that U.S. President Donald Trump wasn’t good for Israel, because the damage he has done to the United States’ international standing adversely impacts its ally.

Blinken played a leading role in getting the 2015 Iran nuclear deal passed by Congress, and has said throughout the Biden campaign that Trump’s decision to withdraw from the deal in 2018 endangered Israeli security.

He told Jewish Insider last year that even if the deal is renewed in some form and nuclear-related sanctions against Iran were suspended, the United States “will continue non-nuclear sanctions as a strong hedge against Iranian misbehavior in other areas.”