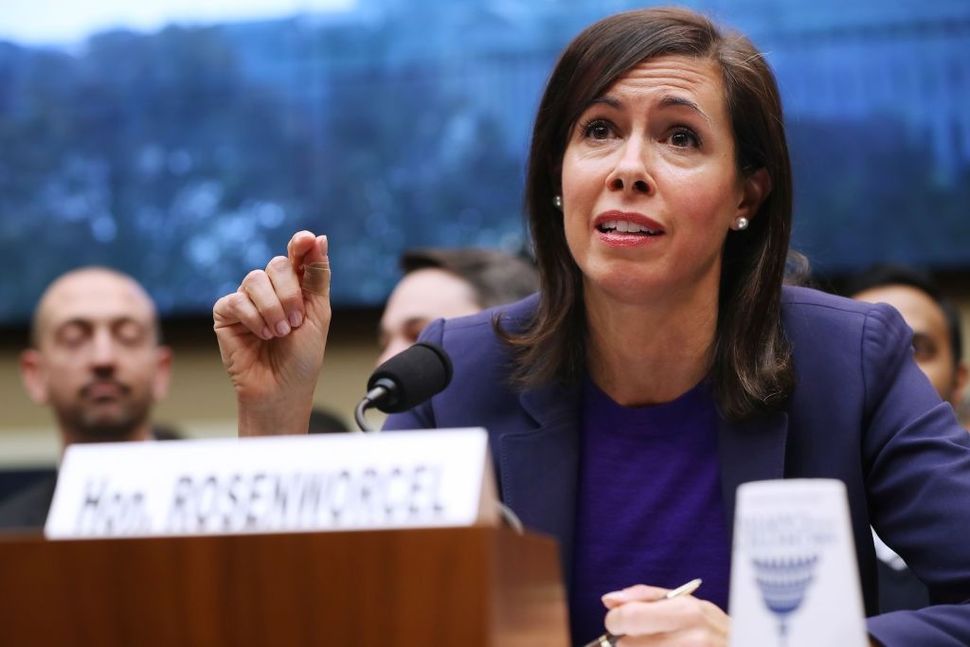 (JTA) — President Joe Biden has named Jessica Rosenworcel, a champion of net neutrality, to serve as acting chair of the Federal Communications Commission.

Rosenworcel, 49, who is Jewish, is known to be outspoken and has not hesitated to take public her disputes with her fellow commissioners.

Biden will make a decision later about whether to make the appointment permanent.

President Donald Trump repealed net neutrality, which requires internet providers to treat all communications equally. Biden’s appointment is a signal that he intends to restore it in one of many reversals of Trump administration policies.

In 2017, Rosenworcel slammed Republicans on the commission for opposing net neutrality.

That year, she publicly praised the U.S. Conference of Catholic Bishops for its backing of the concept.

“We share the belief, common to both Catholic Social Teaching and the Jewish tradition of Tikkun Olam, that a little ruckus in service of human dignity and the common good is a good thing,” she told the group. “So let me make a little ruckus today. I’ll start — and get right into it — with net neutrality.”

Rosenworcel, who has been a commissioner for eight years, is also known for her advocacy regarding the “homework gap,” the difficulties that lower-income schoolkids have in accessing the internet, and also for advocating for bringing the internet to rural areas to improve remote monitoring of patients, particularly mothers with difficult pregnancies.

On Thursday, she thanked Biden on Twitter for naming her the acting chairwoman.