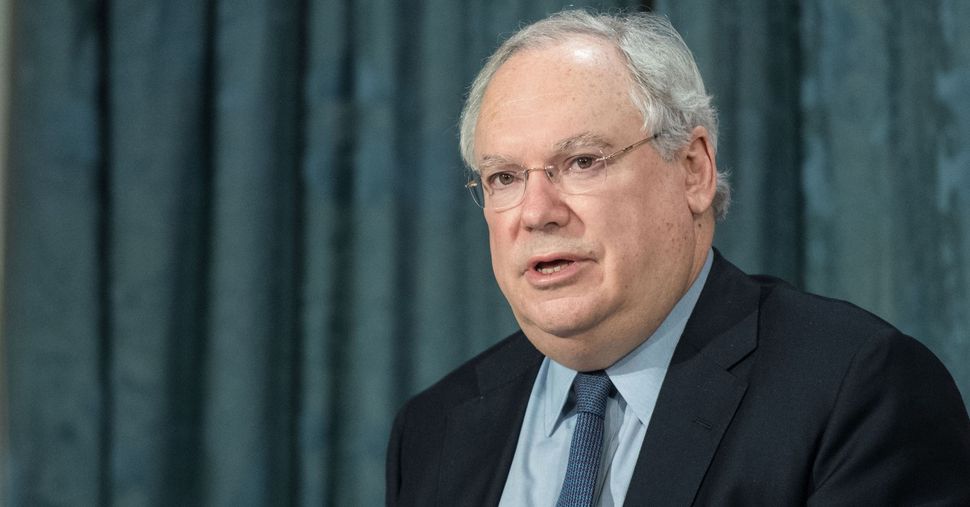 Gutman, who is known as Hank, was raised in New Jersey, and has lived since 1975 in Brooklyn Heights, where he and his wife, Karoly, are longtime members of the Brooklyn Heights Synagogue.

Gutman, 70, whose first job after law school was as a clerk in the federal court on Cadman Plaza, spent his career on Wall Street as an intellectual property attorney. He was chairman of the Brooklyn Navy Yard, the city’s largest industrial park, and was also involved in the creation of Brooklyn Bridge Park, having served on the park’s local development corporation board since 1998. In recent years, he also sat on the mayor’s Brooklyn-Queens Expressway panel.

Gutman has been a significant donor to Democratic politicians, including de Blasio.

In a conversation with City Councilman Stephen Levin of Brooklyn at the ceremony, Gutman said the Jewish values he was raised with shaped his passion for public service. “The values I learned from my parents – and they learned it from their parents — that we have an obligation, if we can, to give back to the community,” he said. “It’s all part of the tradition that I have always identified as Jewish.”