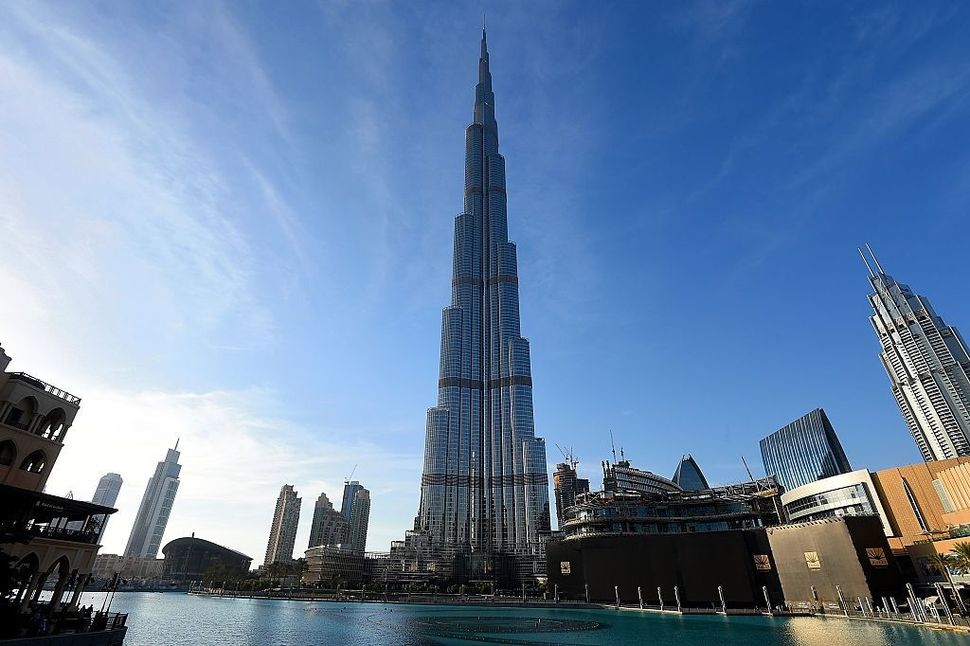 The UAE’s first kosher restaurant is on the ground floor of the Burj Khalif. Image by Getty Images

We are the Association of Gulf Jewish Communities, and today marks our Twitter debut! We are committed to the growth and flourishing of Jewish life in the Gulf States. Follow us and stay tuned for our exciting updates!https://t.co/lItsYiZS0Q pic.twitter.com/NiwtSqCEJU

The Association of Gulf Jewish Communities (AGJC) will be led by the Beirut-born Rabbi Dr. Elie Abadie, who previously served as the director of the Jacob E. Safra Institute of Sephardic Studies at Yeshiva University, and rabbi of the Manhattan East Synagogue. He is also a practicing medical doctor, who previously worked at the Maimonides Medical Center in Brooklyn.

Abadie has since relocated from the U.S. to Dubai to lead the group.

The countries covered by the AGJC are also the same as those included in the Gulf Cooperation Council, a 1981 union that has, at times, been considered the Arabian peninsula’s answer to the European Union.

Among the goals of the new organization is to provide a better framework for Jewish life in the region – such as organizing the delivery of religious books and objects – like tallit, tefillin, lulavs and etrogs – as well as establishing a local beit din, or rabbinic court, to litigate religious disputes.

“Each one of our communities has so much to offer the other,” said Ebrahim Dawood Nonoo, president of the AGJC and a former member of Bahrain’s parliament. “While our Jewish community has been part of the fabric of Bahrain society for over a hundred years, we appreciate the needs of some of the smaller or newer communities in the region and believe we can help them flourish and navigate growth in this part of the world.”

The group will also establish its own kosher certifier, which will be called the Arabian Kosher Certification Agency. In October, the Department of Culture and Tourism in Abu Dhabi, called on all hotels to find ways to provide kosher food for those guests who need it. The UAE and Bahrain have seen an influx of Jewish tourism and business cooperation following their 2020 normalization agreements with Israel.