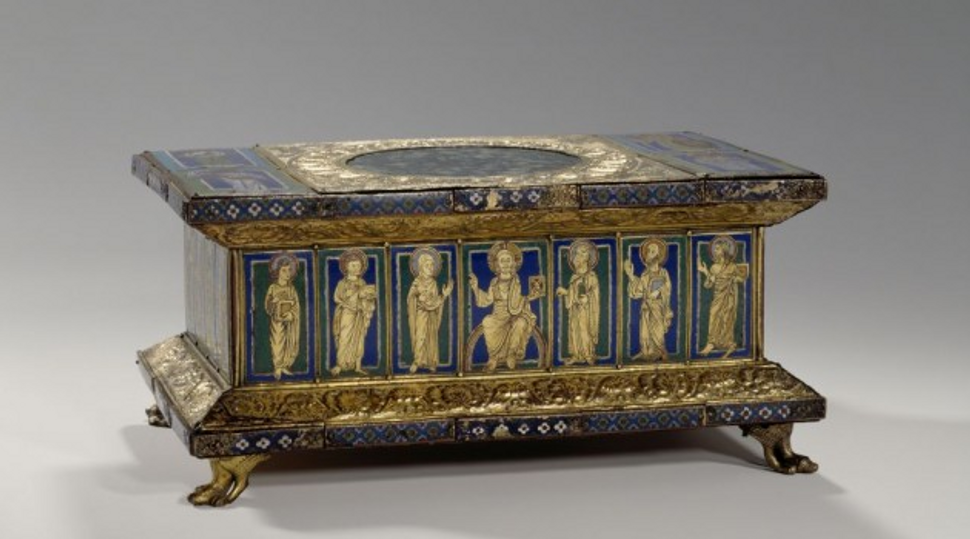 Earlier this month, the U.S. Supreme Court ruled it had no jurisdiction in a case between Germany and the descendants of German Jewish art dealers who claim that their families were forced to sell their property, well below value, to the German government under Nazi rule.

The sale in question happened in 1935, two years after the Nazis came to power.

According to the art dealer’s descendants, Agents sent by Nazi leader Hermann Goering approached a group of Jewish art dealers who had acquired a cache of 82 medieval relics, known as the Guelph Treasure. The art dealers claim they were pressured to sell the artifacts to the Nazi-controlled German state.

The case is unique in the world of Holocaust restitution in that the original owners were actually compensated for their goods. Due to that fact, the Prussian Cultural Heritage Foundation – which controls the museum in Berlin where the artifacts are held – has long argued it was a legitimate deal.

However, the descendants of the Jewish art dealers have long maintained that it was not a legitimate transaction and that their ancestors were only paid a fraction of the treasure’s value, only accepting the arrangement due to antisemitic persecution.

“They know they’re under the gun,” Marc Masurovsky, a historian who specializes in the looting of art during the Holocaust, told NBC News. “The average position of Jews in Germany as of 1933 is nothing short of dangerous, perilous, fragile and precarious.”

U.S. lawmakers supported the heirs’ struggle in an October letter to the German government, but experts fear the Supreme Court’s ruling could put a hamper on other restitution cases being brought before Germany’s commission on looted Holocaust art.

Though Germany signed on to the principles of the 1998 Washington Conference on Nazi-Confiscated Art, it has been notably slower in resolving restitution cases compared to other nations. Since 2003, when Germany set up a court to investigate such claims, only 18 cases have been litigated by the country.

However, the Prussian Cultural Heritage Foundation did point out that it has returned a vast amount of looted property without litigation.

“[The Prussian Cultural Heritage Foundation] has a deep commitment to provenance research and has returned without legal action almost 2,000 pieces of art and books to heirs of victims of Nazi persecution, following the Washington Principles as its central guideline,” the group told the Forward.

Correction, February 18: A previous version of this article misstated as fact that the art was forcibly sold to the Nazis. The corrected version also includes a statement from the Prussian Cultural Heritage Foundation.