(JTA) — NBA Hall of Famer Charles Barkley is looking forward to his daughter’s wedding to a Jewish entrepreneur. He’s just a little worried about the hora.

“I’ve been really working out hard because apparently they’ve got to pick me up in a chair,” Barkley told Jimmy Kimmel on his talk show Tuesday night about the most harrowing feature of the traditional celebratory Jewish dance.

The former power forward, listed at 6-foot-5 in programs, was once known as the “Mound Round of Rebound” for his prowess on the boards and chunky physique.

“Listen, I need all Jewish people on deck, brother. Cause I can only get so skinny by Saturday, man,” Barkley said. “It’s like I’m a soldier, all hands on deck.” 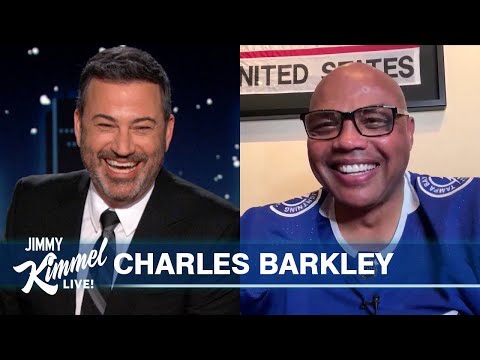 Cristiana Barkley, a Columbia Journalism School graduate and the basketball legend’s only daughter with wife Maureen Blumhardt, is marrying Ilya Hoffman, founder of the digital marketing company DemandByte, this weekend.

The wedding reportedly will take place in Phoenix, where the basketball star spent part of his career and the rules about gatherings during the coronavirus pandemic are relatively relaxed.

Hoffman is a graduate of the University at Albany who also studied at Baruch College in New York City and speaks Russian, according to his LinkedIn profile. (He shares a name with the brother of activist Abbie Hoffman, who featured in the Golden Globe-winning film “The Trial of the Chicago 7.”)

“Y’all want racial equality. We all do. I don’t understand how insulting another group helps our cause,” he said at the time.

Kimmel asked if Barkley sees himself as comfortable enough with Hoffman’s family to “hang out” with.

“I love his family, they are amazing people, they’ve been living in Long Island for a long time,” he said. “It’s going to be a welcome addition to my family.”