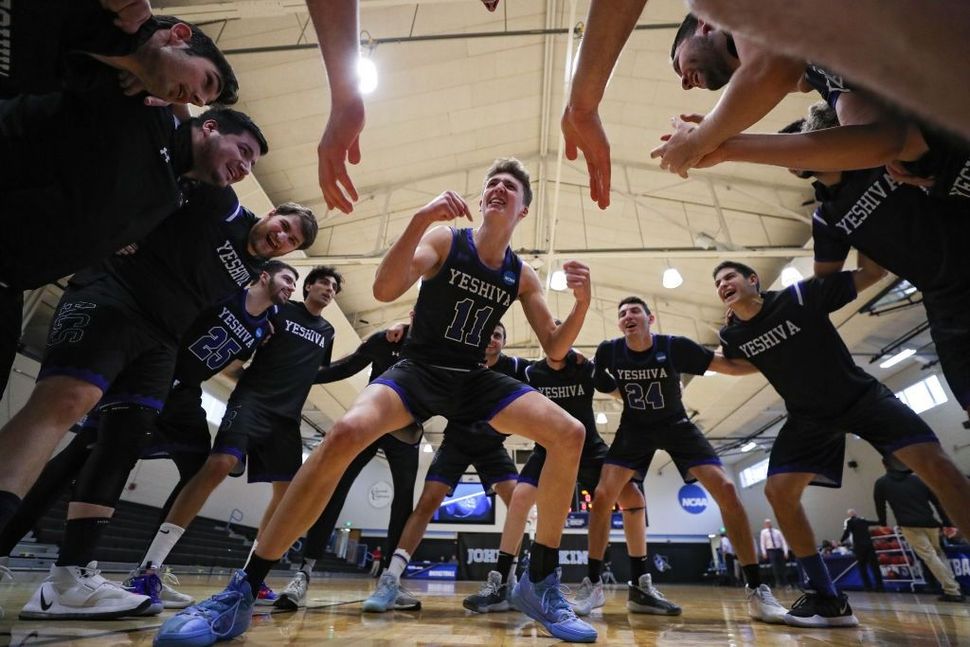 The road to victory for Yeshiva University’s 2019-2020 basketball team was cut short due to the onset of the global pandemic. Photo by Patrick Smith/Getty Images

(JTA) — Yeshiva University’s men’s basketball team is riding a 35-game winning streak, picking up from last season when the Maccabees reached the Sweet 16 of the NCAA’s Division III national tournament before the pandemic shut down the rest of the event.

The unbeaten streak is the third longest in Division III men’s basketball history, and the longest among all current NCAA Division I, II and III teams. Y.U., the Modern Orthodox flagship university in Manhattan, has started the 2020-21 season at 6-0 and is ranked No. 4 in the D3hoops.com Men’s National Poll. The Maccabees, the defending Skyline Conference champion, haven’t lost since the opening game of the previous campaign.

For all its promise, the team will be denied the chance for a tournament title for the second season in a row: Due to low participation numbers among member schools, NCAA Division III winter championships are canceled for the 2020-21 academic year.