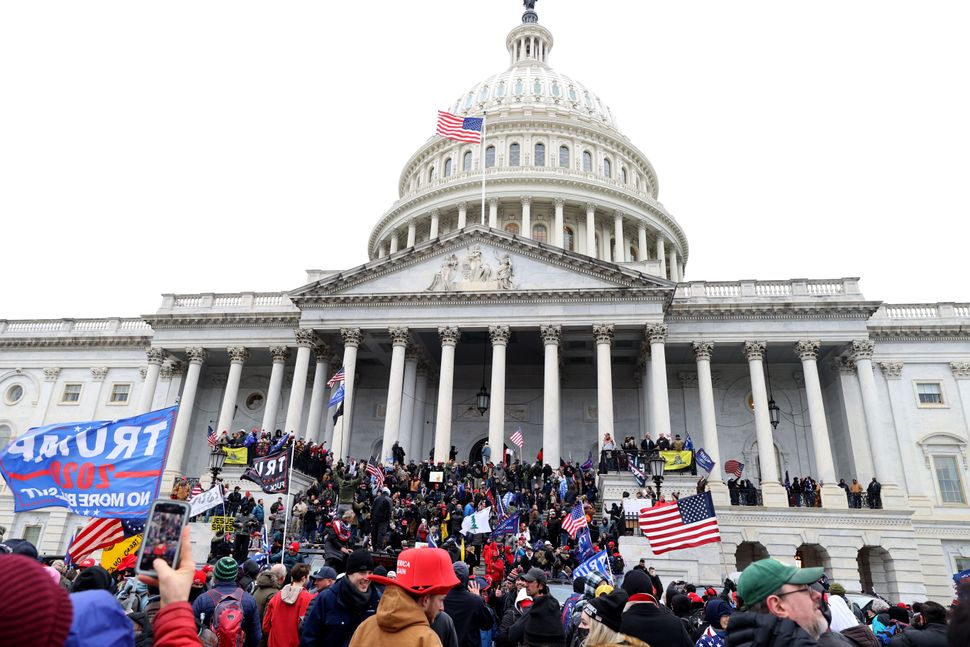 The scene outside the Capitol on Jan. 6, 2020. Photo by Getty/Tasos Katopodis/Stringer

The chief editor of the Jewish Press, an Orthodox newspaper in New York, attended the Jan. 6 Capitol siege, POLITICO reported after reviewing video footage of the attack.

Elliot Resnick, who interviewed the lawyer defending former President Donald Trump in February, has been a longtime supporter of Trump. He wrote a personal essay for the conservative website American Thinker defending the rioters, without mentioning that he was among the crowd.

Resnick has not been charged with any crime, POLITICO reported. Groups like the Anti-Defamation League have condemned the Jewish Press in the past for publishing anti-LGBTQ articles, and Resnick has called African religions “primitive” and suggested white nationalists do not exist.

What is a “white nationalist” and when is the last time such a creature walked the planet?

While the Jewish community largely votes Democratic in presidential elections, Orthodox Jews skew conservative. The Orthodox publication Ami Magazine featured Trump’s consultant and ally Roger Stone on its cover this month, and The Five Towns Jewish Times, an Orthodox paper in New York, generated outrage over a photo of a columnist at the Capitol siege.