‘We couldn’t believe how big it was’: What it was like breaking the Madoff Ponzi scheme 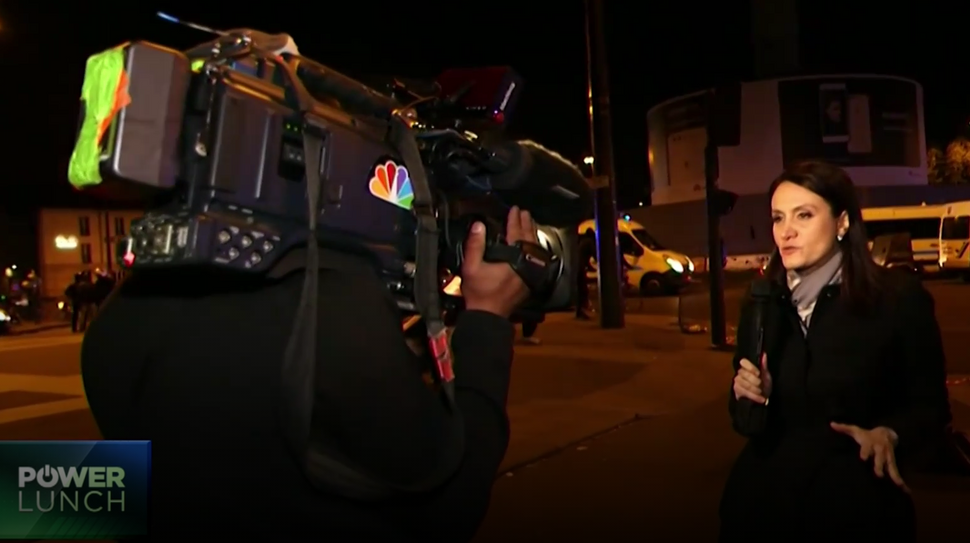 Michelle Caruso-Cabrera was an anchor and correspondent for CNBC when she received an alert that the FBI arrested Bernie Madoff in connection with a massive Ponzi scheme on December 11, 2008. Moments later, she was on air announcing the breaking news.

Caruso-Cabrera, who is now a candidate for NYC comptroller in the June 22 Democratic primaries, recalled in a phone interview with the Forward on Wednesday what happened behind the scenes – from the moment she got the news until announcing it on live television.

“We didn’t realize just how big a Ponzi scheme it was at the time. So we did it second to a story about Bank of America laying off thousands of employees because of the financial crisis,” Caruso-Cabrera said about her communication with her producer at the breaking news desk before going on air. “I said to the desk, ‘You are sure you don’t want to lead with the Ponzi arrest?’ And they were like, ‘No, we have Bank of America – many more people are affected.’ So we went with the Bank of America layoffs first.

Caruso-Cabrera said that even though Madoff was a big market maker, the people working at the network and covering Wall Street didn’t know him really well because he was very secretive. “You’ll see I mispronounced his name,” she said, pointing to a video she posted of the announcement. “Nobody on the desk knew how to pronounce his name.”

I broke the news about Bernie Madoff’s arrest @CNBC. The 2008 financial crisis exposed his #Ponzi Scheme just as the COVID crisis exposed what many of us were already seeing: too many New Yorkers being left behind. pic.twitter.com/TotPzvgPS3

“In the next 24 hours, it became very clear that it was an enormous Ponzi scheme,” Caruso-Cabrera, added. “We couldn’t believe how big it was.”

Caruso-Cabrera, who ran against Congresswoman Alexandria Ocasio-Cortez in the Democratic primary in 2020, said that she sees a parallel between the revelations of the Madoff scandal and the leadership failures exposed by the coronavirus. “It’s easy to lead during the boom when times are good. When times go bad that’s when you see weak leadership,” she explained. “We have seen just the way that Bernie Madoff’s Ponzi scheme was exposed because of that financial crisis. The fact that so many New Yorkers were being left behind, we all knew it; but it exposed the rest of the world, the rest of the country, just how many people were being left behind. And that’s what the coronavirus pandemic really reveals here.”

Caruso-Cabrera is one of seven candidates running in this year’s primary for comptroller. Other candidates include Corey Johnson, the speaker of the City Council, who dropped out of the crowded mayoral race; Brad Lander, a councilman from Brooklyn; Brian Benjamin, a state senator from Manhattan; Kevin Parker, a state senator from Brooklyn; David Weprin, a state assemblyman from Queens; and Zach Iscol, an entrepreneur.

‘We couldn’t believe how big it was’: What it was like breaking the Madoff Ponzi scheme