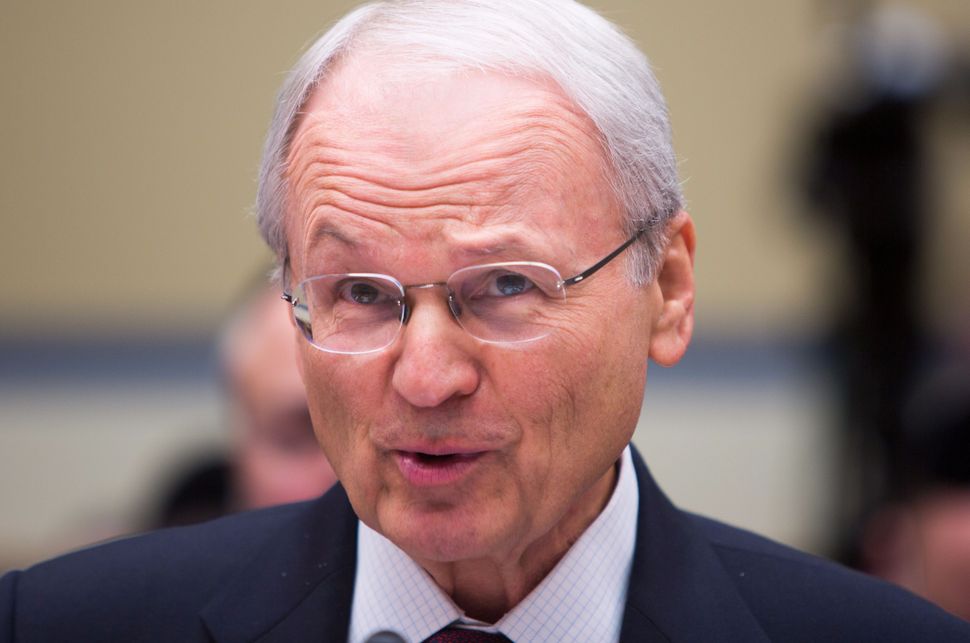 (JTA) — The community council representing nearly all Jewish groups in Boston has decided not to expel a member organization whose leader was found in an internal review to have “elevated white supremacist voices.”

The Zionist Organization of America, a right-wing group that focuses on Israel advocacy, will remain a part of the 40-member Jewish Community Relations Council of Boston following a seven-month review that culminated in a vote on Tuesday night.

At issue were comments that the ZOA’s national leader, the prominent conservative activist Morton Klein, made on social media. Klein’s critics, who petitioned in September to have his group removed from the Boston council, accuse him of racism. Klein maintains that his online behavior has been appropriate and rejects the allegation that he promoted white supremacy.

The vote, by council member groups and other community members, was 40 in favor of expelling ZOA, 48 against and 10 abstentions. A two-thirds majority would have been required for removal.

By a separate vote of 66 in favor, 10 against and 10 abstentions, the Boston JCRC passed a resolution against comments that “legitimize or normalize” white supremacy. The resolution spells out that such comments could result in expulsion.

In a statement released following the vote, the Boston JCRC said that it is a “big tent” organization that seeks to represent a variety of viewpoints — but within certain bounds.

“We believe that it is possible for robust support for the U.S.-Israel alliance, including vigorous advocacy, to thrive without embracing white supremacy and bigotry,” the statement reads. “Plainly said, we reaffirm that there will be no place for white supremacy, white nationalism, or related conspiracy theorists in our organization.”