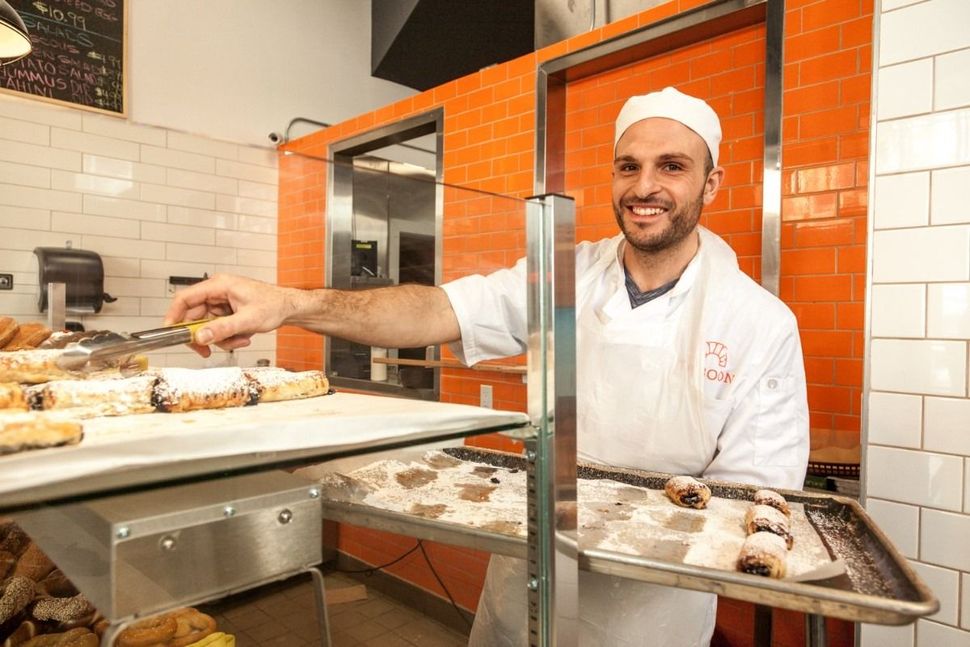 It also inspired owner Issac Yosef to make it a place of second chances for the formerly incarcerated, he revealed in an interview on the podcast Ear Hustle.

At Frena, an Israeli bakery whose delectables are inspired by Yosef’s grandfather Moshe who fled from Iraq to land of milk and honey, Yosef has hired more than two dozen ex-convicts shortly after their release from prison.

“The first fundamental rule in Judaism is that everybody deserves a second chance. It doesn’t matter what you did,” Yosef said on the podcast. “If you regret and you change your ways, you deserve a better chance, a second chance, you know?

One such employee is Carlos Flores, who spoke with Yosef on the podcast. Flores, locked up since he was a teenager, spent 23 years behind bars on a murder charge.

Finding employment after release is one of the biggest hurdles prisoners face when they re-enter society. According to the Prison Policy Initiative, former prisoners face a 27% higher unemployment rate than the general population.

“You can’t judge people for things they did when they were young,” Yosef said. “Or they were in the heat of the moment and nobody stopped them. If nobody stopped us, most of us would go to jail, too. You know? Many times.”

“As Jews, kosher is not just the food, it needs to be everything,” Yosef added. “The way you conduct business, the way you treat your workers. Kosher is a way of life. I can’t just eat kosher and also be a bad person. It’s everything.”