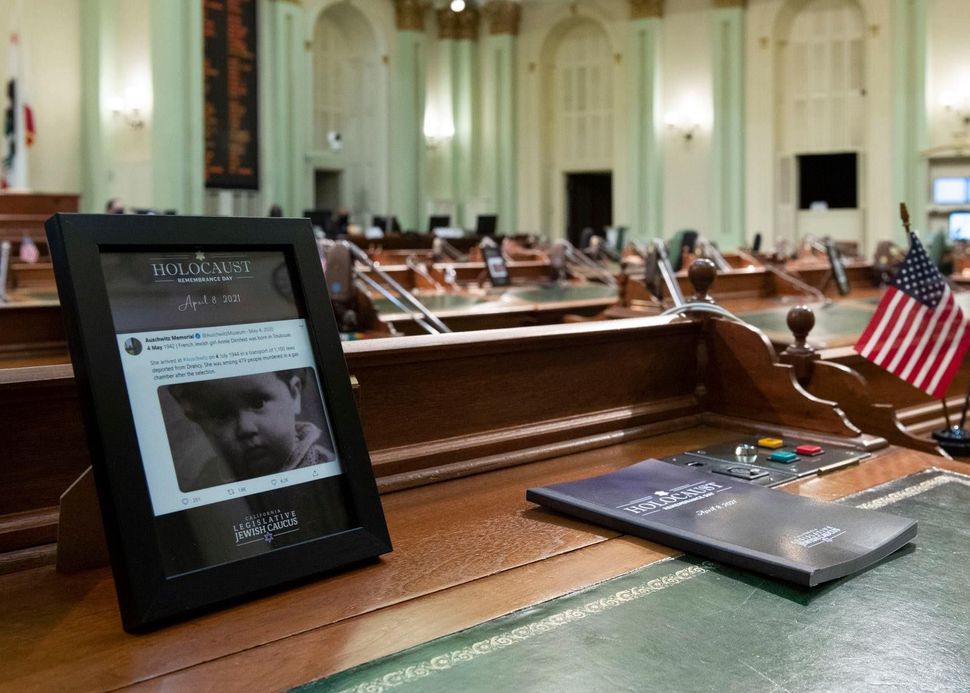 The bills aim to emphasize the Jewish community’s commitment to the safety, equality, and inclusion of allies and vulnerable groups throughout the state of California.

“This year, we are proudly bringing our Jewish values into the policymaking process and working closely with allies in other communities to address issues like hate crimes, Holocaust education, homelessness, mental health, and access to justice,” said Assembly Majority Whip and Chair of the Jewish Caucus, Jesse Gabriel, in a press statement.

The caucus’s focus on hate crimes and Holocaust education comes as no surprise. A recent audit conducted by the Anti-Defamation League ranked California as having the third highest number of antisemitic incidents, including hate crimes, harassment, and vandalism, in 2020 (289) behind New York (336), New Jersey (295).

And despite a 12% decrease in antisemitic incidents last year, California has seen a 40% increase in overall anti Semitic incidents over the past five years, according to Jeffrey Abrams, Los Angeles regional director of the ADL.

In addition, a 2020 nationwide survey of American adults under 40, 63% of respondents did not know that 6 million Jews were murdered in the Holocaust, and 1 in 10 did not recall ever having heard the word “Holocaust” before.

The Caucus hopes to establish a “Governor’s Council on Genocide and the Holocaust Education” to promote resources for teacher training in order to address the issue in California schools.

The caucus also unveiled its “Tikkun Olam Agenda,” legislation created to uphold the Jewish notion of responsibility for repairing the world and the wellbeing of society at large. The bills focus on housing access, food insecurity, criminal justice reform, and environmentalism.

Some proposals include the “Plastic Pollution Producer Responsibility Act,” which aims to reduce plastic waste and pollution, and the establishment of a permanent grant program for shelters providing shelter, food, and basic veterinary services for pets of individuals experiencing homelessness.

“By supporting these bills, we state loudly and clearly that these issues are Jewish issues,” said Senator Scott Wiener, Vice Chair of the Jewish Caucus. “We will continue to fight for the vulnerable because we know that true justice means the liberation of all people.”