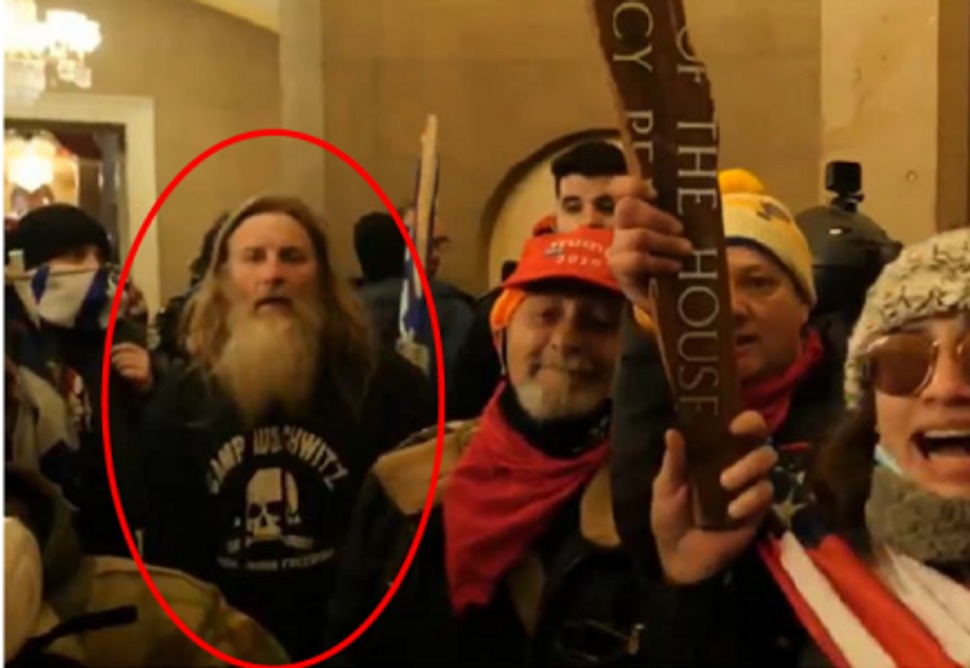 Federal police found a host of Nazi and other white supremacist material at the home of Robert Keith Packer, the man who was photographed wearing a “Camp Auschwitz” sweatshirt during the U.S. Capitol riot on January 6.

The items, including “Swastika artwork” and an “image of Hitler” were seized during a search conducted on January 13, according to a copy of the warrant obtained by Seamus Hughes, who studies extremism at George Washington University.

Hughes shared the warrant on social media Wednesday after what he described as a brief legal battle with the federal government.

“It took a few calls & some USGovt court filing but I got the search warrant,” Hughes wrote on Twitter.

Scoop: You may recall Robert Packer, a man wearing a ‘Camp Auschwitz’ hoodie on Jan 6th at the Capitol. It took a few calls & some USGovt court filings but I got the search warrant

Here’s a rundown of Hitler, antisemitic, and white supremacy items the FBI took out of his house pic.twitter.com/FGpx0EfXsQ

Packer, 56, was arrested by the FBI at his home in Newport News, Va., on January 13. Agents seized a variety of technology, including laptops and phones, as well as various racist paraphernalia. Items listed in the warrant include, “Folder titled ‘White’s Only Material’,” “Race Evolution and Behavior Book,” “German eagle with Swastika” and “‘colored’ placard,’” as well as “two VCR tapes with Hitler photos.”

Packer pleaded not guilty to entering and remaining in a restricted building and violent entry and disorderly conduct in a Capitol Building at a court appearance in February. His next court hearing is scheduled for June 22.