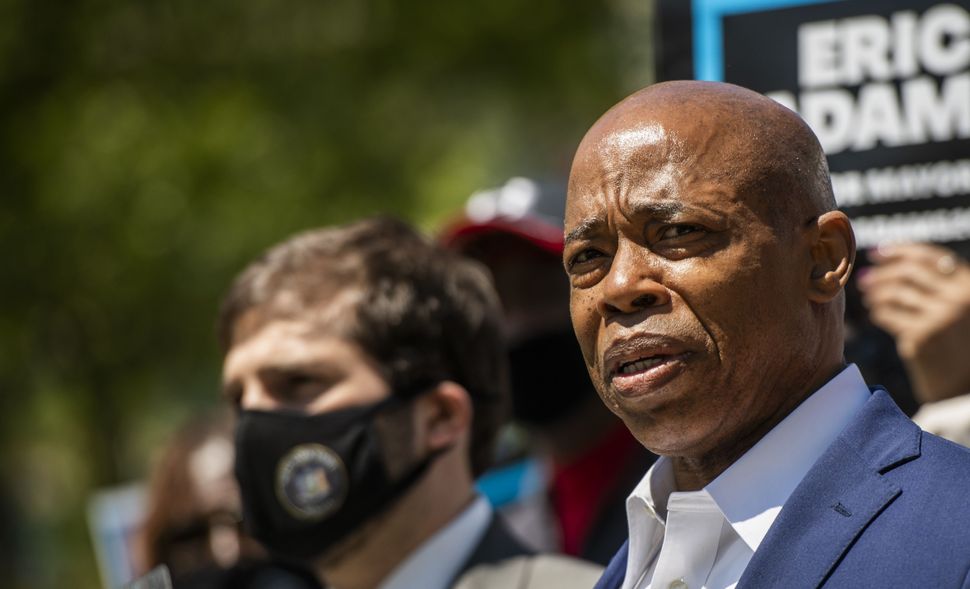 Eric Adams, one of the leading candidates for mayor of New York City, is expected to receive the endorsement of an influential Orthodox voting bloc in Queens on Friday.

The endorsement of the Far Rockaway Jewish Alliance, which represents a large part of the Orthodox community in Queens, comes as Adams is seeking to solidify his standing in the polls and lock up more support from the city’s 1.1 million Jews.

The group was instrumental in mobilizing the vote for Pesach Osina, a longtime member of the community, in the recent special election for the 31st Council District. Though Osina lost the election, he received 2,674 votes. A few thousand votes could be critical for candidates in next month’s ranked-choice primary.

Richard Altabe, founder of the Far Rockaway Jewish Alliance, said the group chose Adams, Brooklyn’s borough president, as their first choice for mayor because “he has a proven track record in this city, a real record, and for his commitment to public safety and rooting out antisemitism wherever it rears its ugly head.”

Osina is also expected to endorse Adams at a campaign event on Friday. 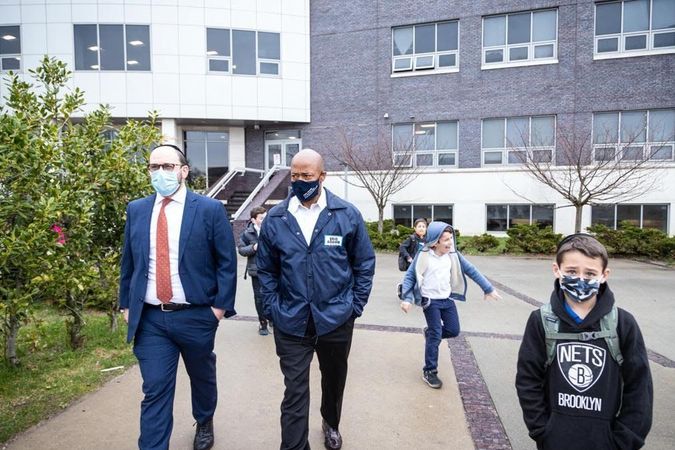 Adams, who is currently in first place, according to recent polls, has been making inroads in the Orthodox community in recent weeks, as Andrew Yang racked up more endorsements of the Hasidic voting blocs in the Borough Park and Williamsburg neighborhoods in Brooklyn.

In recent months, Adams has visited Jewish communities in all five boroughs of New York City, expanding his outreach to the spectrum of New York City Jews, including the modern-Orthodox and Sephardic communities. Last month, the candidate toured Yeshiva Darchei Torah and the Weiss Vocational Center in Far Rockaway and visited the Manhattan Day School, a modern-Orthodox elementary school, and the SAR Academy in the Bronx.