Three teens charged in murder of Israeli in Baltimore 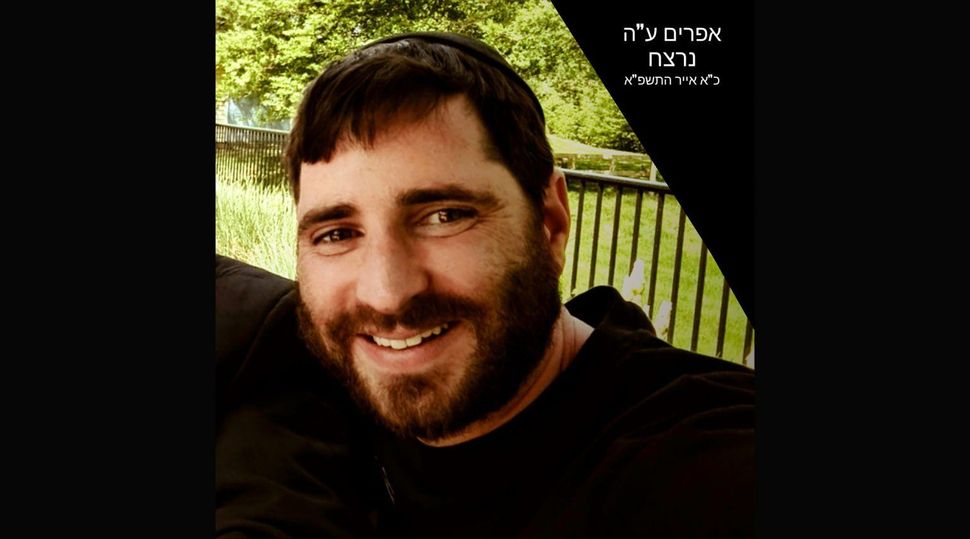 A photo of Efraim Gordon from a crowdfunding page soliciting donations to help his family transfer his body back to Israel. (The Chesed Fund)

(JTA) — An 18-year-old and two teenage minors have been charged for the murder of an Israeli man who was visiting relatives in Baltimore last month.

Efraim Gordon, 31, was shot while walking to his aunt and uncle’s house on May 3, according to the Baltimore Sun. He was in the United States for his cousin’s wedding.

William Clinton III, 18, and a 16- and 17-year-old have all been charged with first-degree murder and are being held without bail. They were arrested after being identified in security camera footage.

Police have said the murder took place as part of a robbery, but Gordon’s sister told Israel National News, an Israeli publication, that she believes the murder was motivated by antisemitism.

“To come and say that it was a robbery that went wrong is not logical,” said Ella Gordon.” Nothing was stolen from him, they left the bag, wallet, headphones, watch and his passport, everything remained, it’s just murder for being Jewish.”

Three teens charged in murder of Israeli in Baltimore